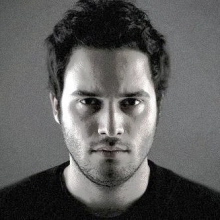 His career as a industrial designer has started with the award he got with his Packet Phone design in the Istanbul Design Week 2007. He was awarded many prizes during his education. He took up his first professional work for a firm in Los Angeles. He took place among the most followed young designers. One of his projects has been stated in a course book by Cambridge University. Emir Rifat Isik, a promising young designer in the spotlight with his innovative perspective, lives in Istanbul and continues designing at home and abroad.