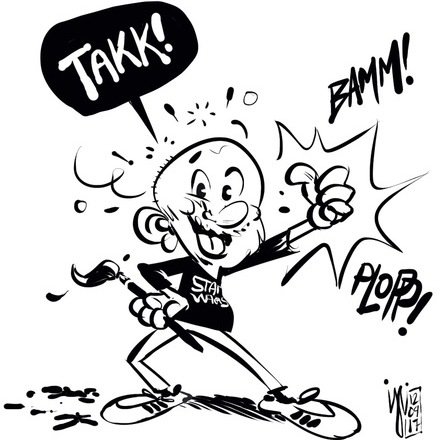 During my career, which took off in 1999, I have done most things an illustrator with a passion for comics and cartoon does. My comics and cartoons have mainly been made for the Icelandic market, though I have lived in Holland and the UK for most of my career. Currently my focus is on educational illustration work and giving workshops in comic and cartoon making at libraries and schools (all levels.) I took a break from freelance work from 2014-2017, as I embarked on an MA education at Teesside University and then straight after took on a lecturer role in Concept Art at the same uni. Due to external changes, I have moved back to freelance work, although my eyes do drift towards a part-time academic venture, somewhere down the line. After 9 years in the NE of England, I currently am based in London where I am finding my way and getting to know the scene. (2017)

Shortlisted for a Comic Artist Residency at the V&A Museum in London, early 2009.