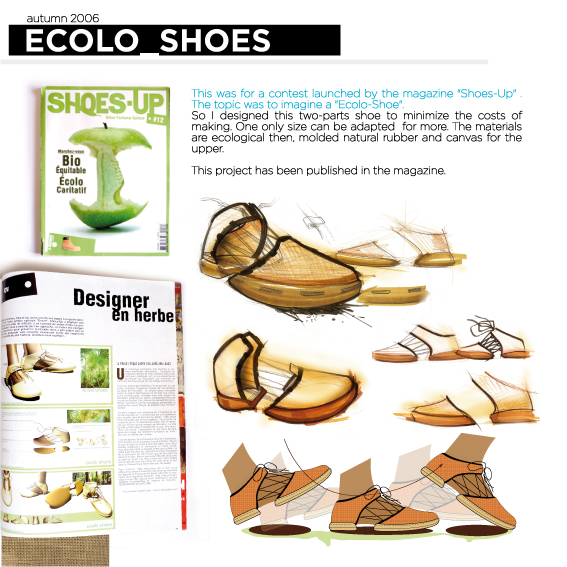 Winner Project - FootwearDesignContest ECOLO - i won this contest launched by the magazine called SHOES-UP with this project.

The topic was to imagine an "ECOLO-SHOE".
i had my page in the magazine. 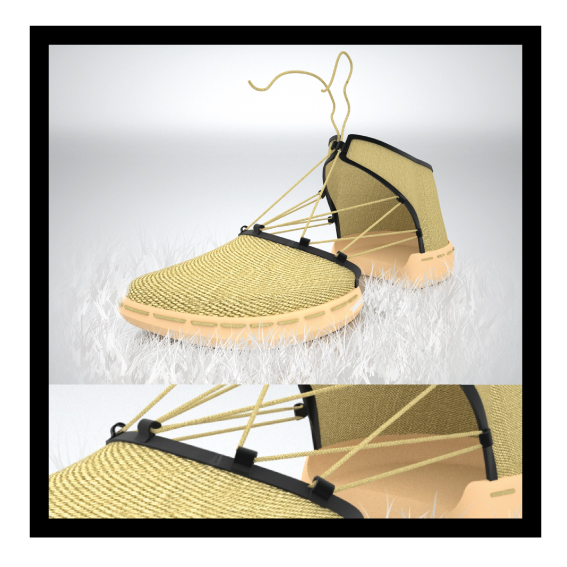 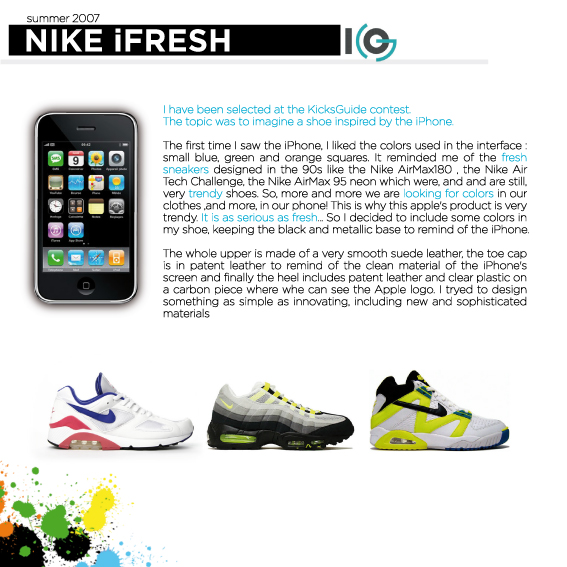 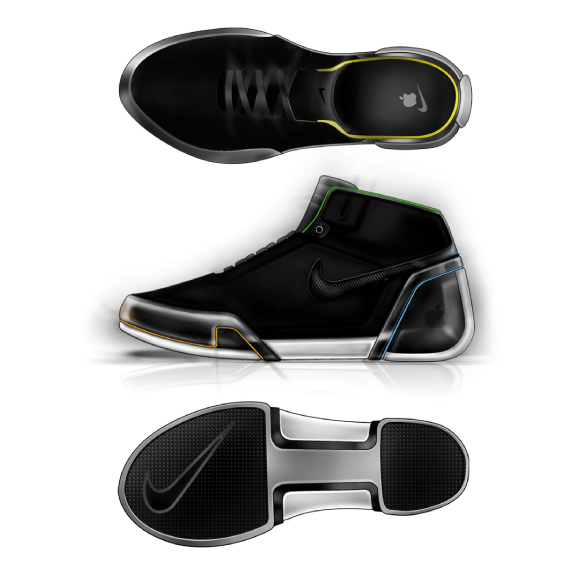 Winner project - iFresh shoe (iPhone inspiration) - i had been selected again in the KicksGuide contest. The theme was to imagine a shoe inspiring of the iPhone. Here is my project.

The whole upper is made of a very smooth suede leather, the toe cap is in patent leather to remind of the clean material of the iphone's screen and finally the heel includes patent leather and clear plastic on a carbon piece where whe can see the Apple logo. I tryed to design something as simple as innovating, including new and luxe materials. 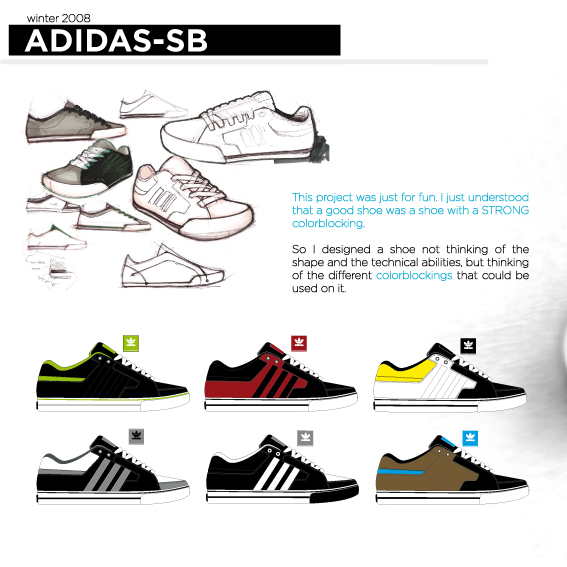 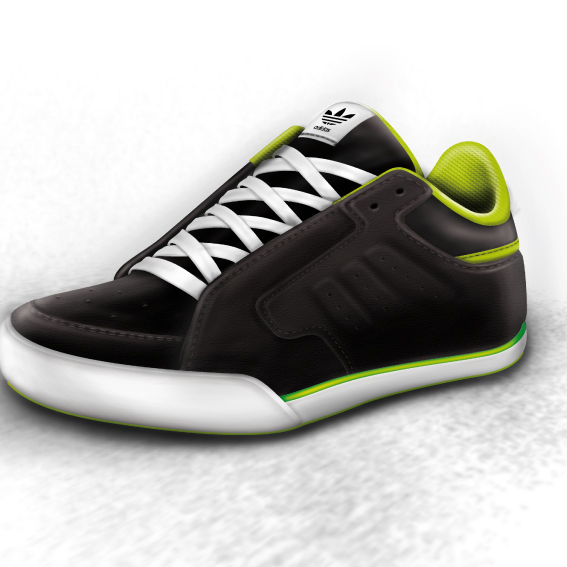 Adidas Somen - This is a Skateshoe project i made in one afternoon. I just wanted to create a shoe able to be accepted in the next Adidas SB collection. 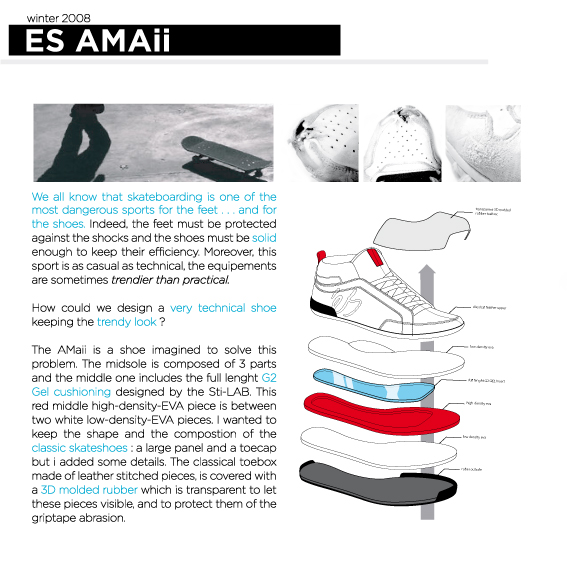 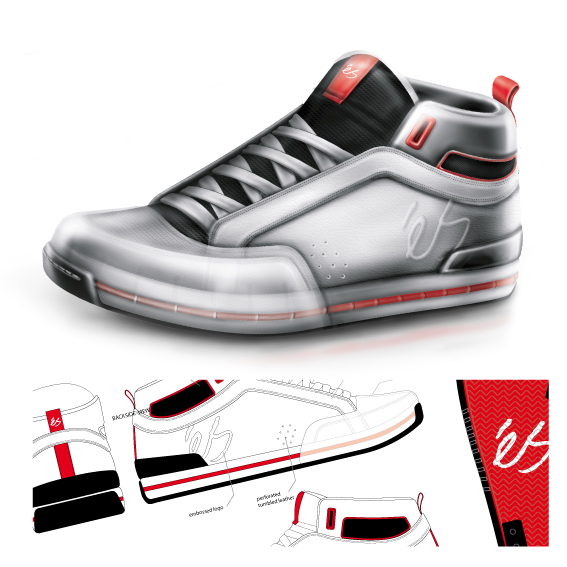 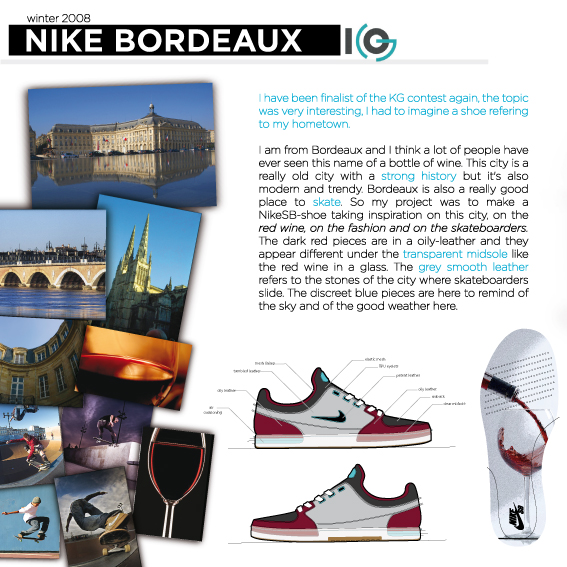 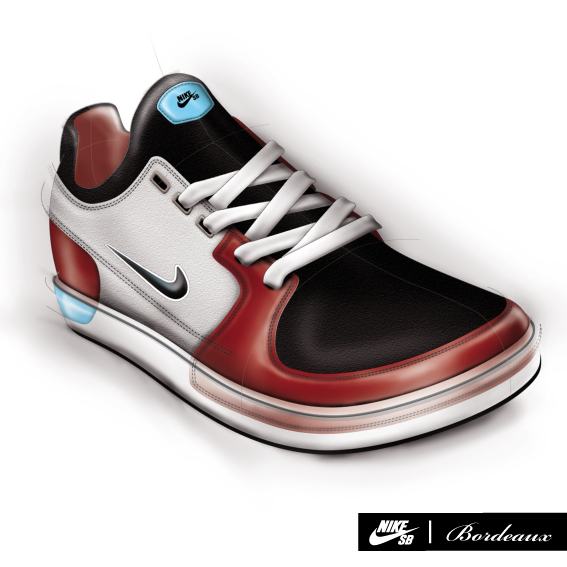