This was a Brown Sardina Inc. project in Turkey for a banking company called Akbank. Mike Sardina was principal in charge and lead designer. It was a headquarters type building designed by SOM of New York. The project site grading resulted in massive walls which stepped back at the top and stepped up the hillside along their length. There were three secure entrances, terraces, multiple fountains and landscape plantings and exercise courts all on structure. My role was as project manager and I produced the drawings in metric., I created sections through the structure, handled all the grading, detailing of materials, fountains, and walls, 2008
View PDF 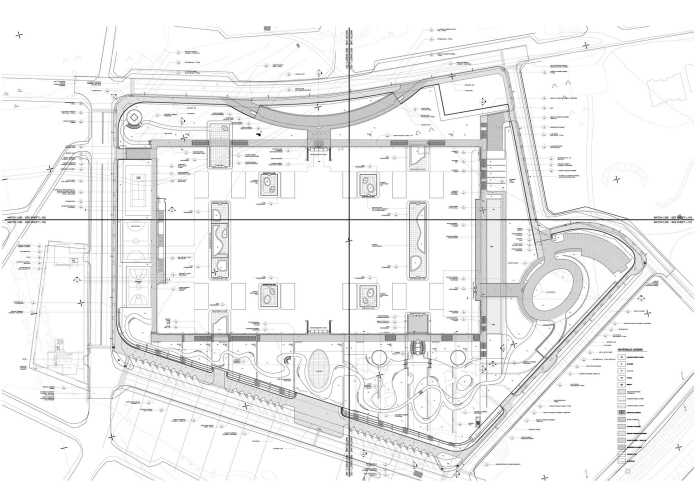 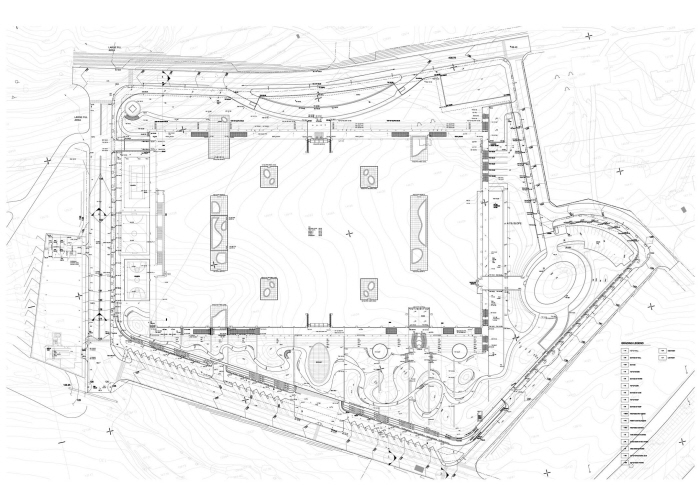 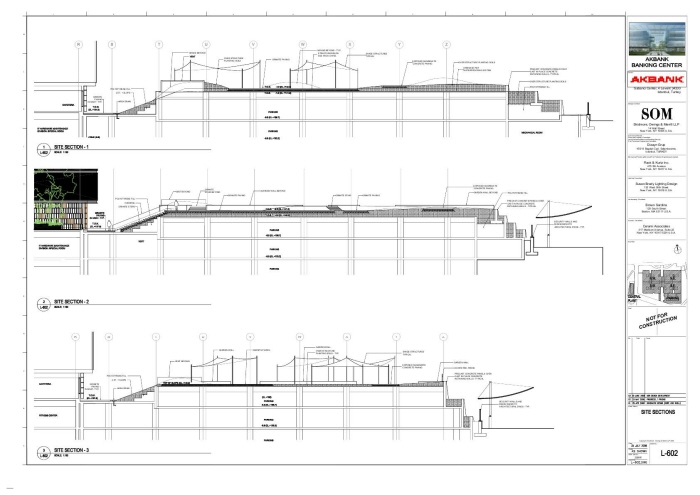 Site sections through landscape and terraces on structure for the Akbank site in Turkey. BSI 2008
View PDF 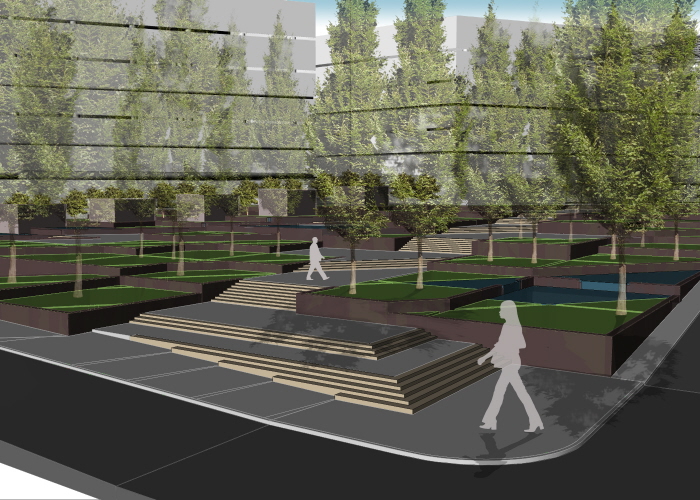 This is a 3-D perspective created by a co worker at Brown Sardina Inc. to illustrate the project I worked on in Almaty, Kazakhstan for the AFD Co. It was called the AFD Turan Site. The project was a SOM of New York project. Mike Sardina was the principal in charge and lead designer. I worked on the base drawings for this project and coordinated with the architects. There were many renditions of these drawings. I created the grading and materials plans, sections through the site which was entirely on structure. The site was a massive geometrical garden which stepped up the site in two directions. The landscape incorporated multi level fountains, grand walks with stairs and ramps, angular wall modules which coordinated with stairs and grading, vent structures, and a loop drive to the buildings entrances, and landscaping. 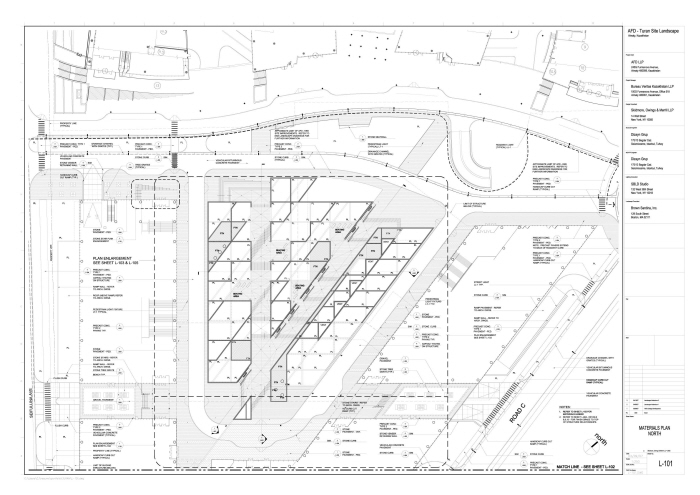 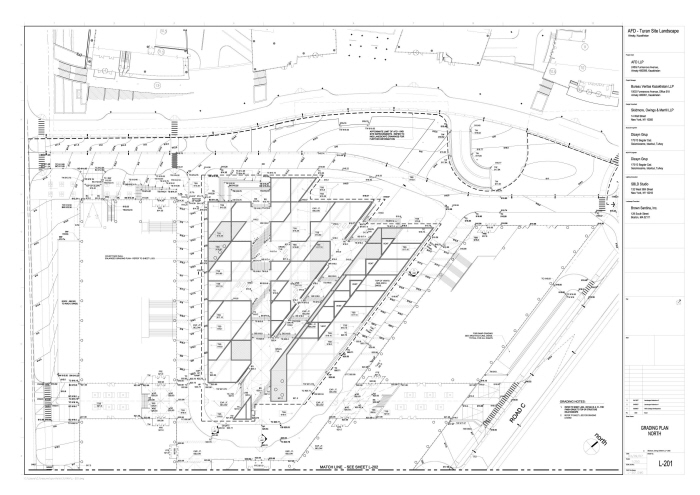 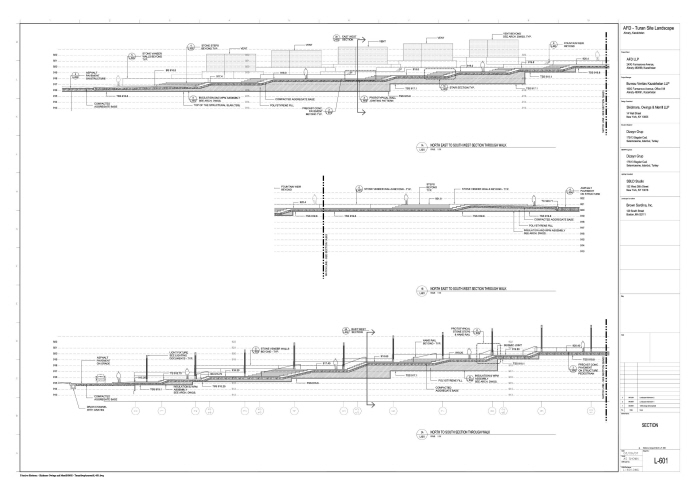 Site sections through landscape on structure for the Turan project in Almaty, Kazakhstan. BSI. 2008
View PDF 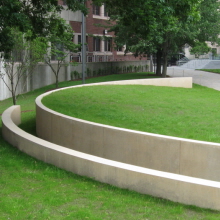 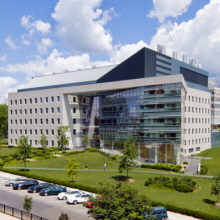 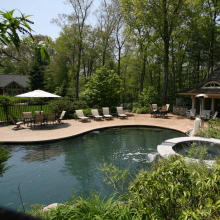 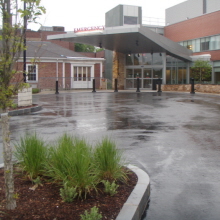 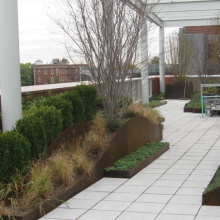 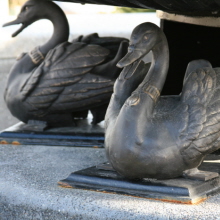 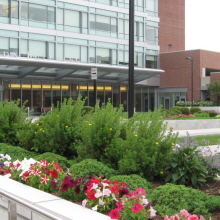 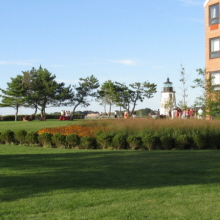 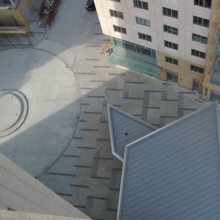 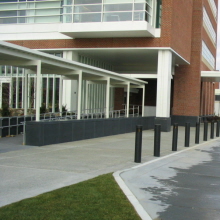 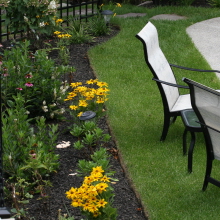 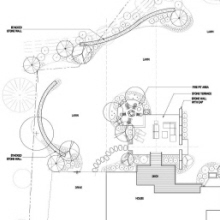 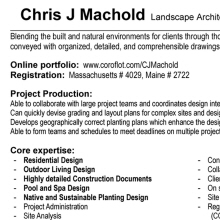