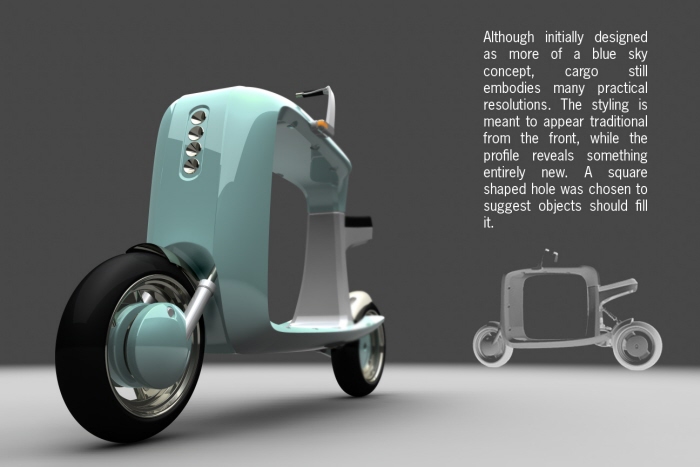 Cargo scooter concept - Moving around within a city can be a very frustrating process. Mass transit is generally slow and crowded. Taxis are expensive. And anything with four wheels is often stuck in traffic. Bicycles are good for the physically fit but quickly become very dangerous when traffic speeds exceed 20 mph.

Many have found a way to move efficiently however. The motor scooter, less expensive and easier to ride than a motorcycle, fast enough to maintain urban traffic speeds, and small enough not to become stuck in traffic.

While scooters remain a popular mode of personal transportation, that’s all they remain. Carrying large loads is difficult and unsafe. While rear cargo bins seem like a valid solution, when fully loaded they raise the center of gravity to an unsafe height. Not to mention they often look hideous and are rarely well incorporated into the overall vehicle design.

The idea behind the Cargo concept is to design a vehicle that maintains scooter urban transport advantages while noticeably increasing cargo capacity. As well as be able to adapt to specific specialized solutions and appeal to urban delivery services.

Cargo is unique in several ways, technologically it incorporates a dive by wire tank style steering system to further increase pay load capacity and is the only scooter that addresses that need. Cargo also demonstrates a divergence from the norm with an attractive new hybrid form factor that still embodies the traditional scooter lines and vibe. 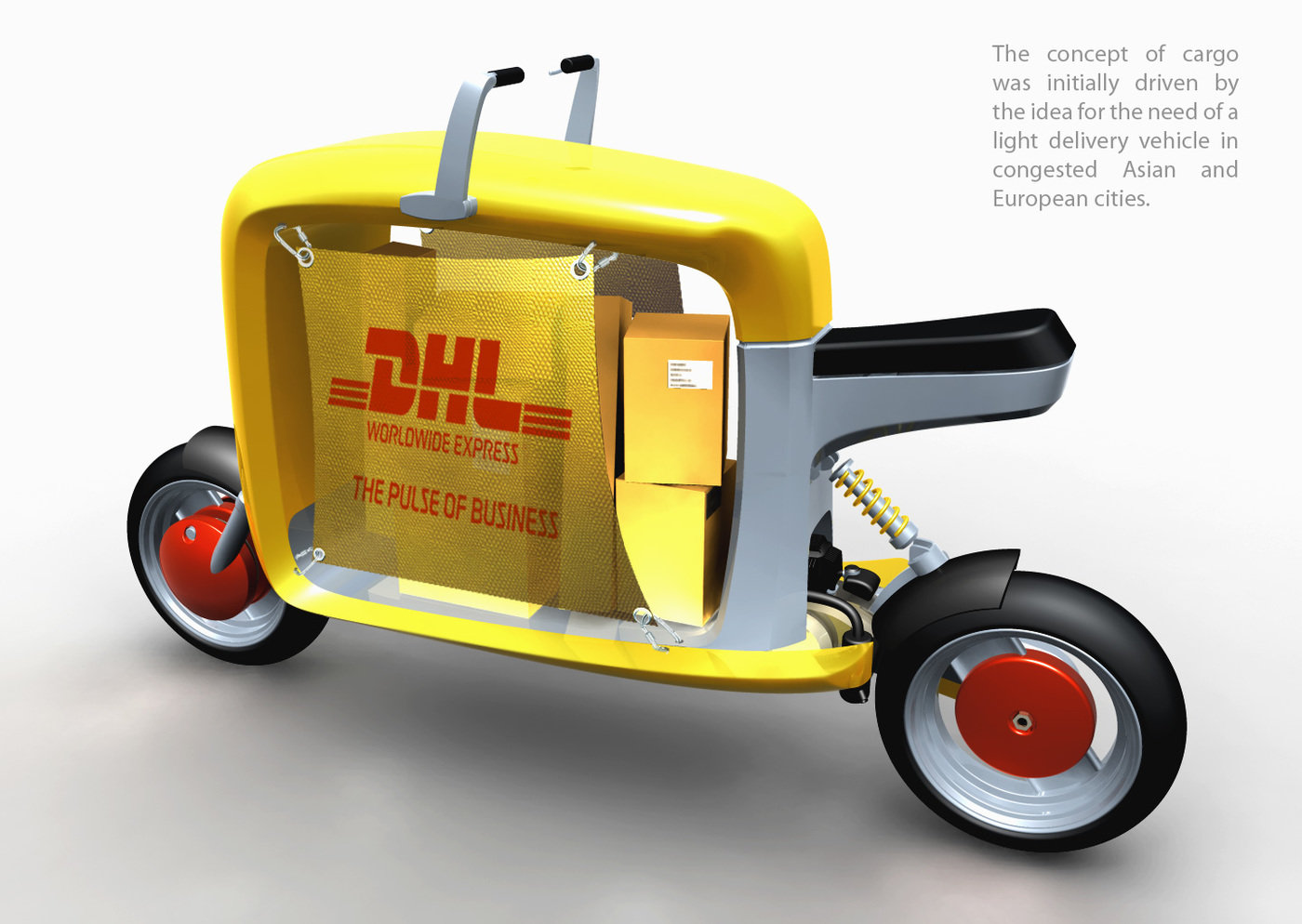