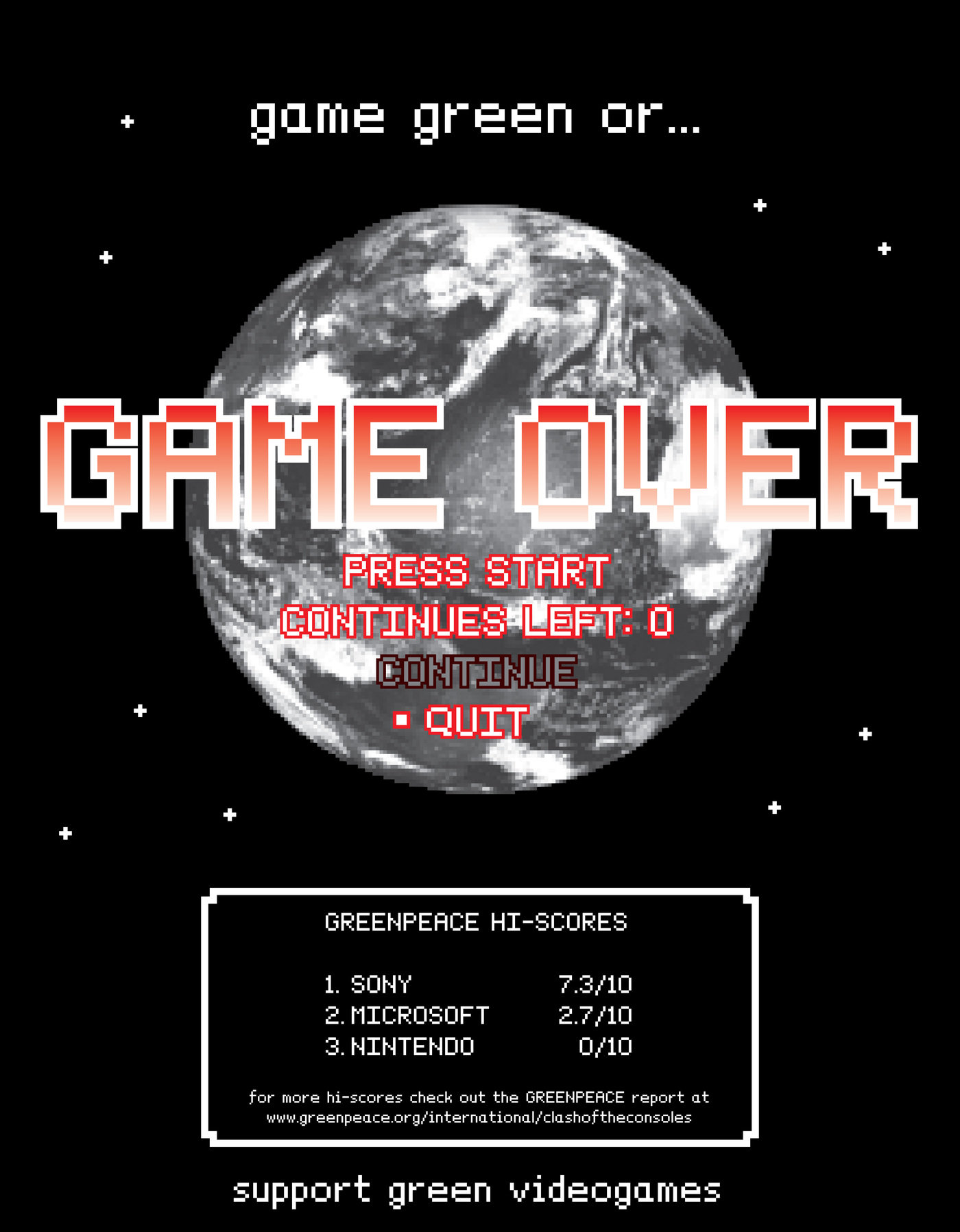 Game Green or Game Over poster - My poster advertising actual Greenpeace scores for video game producing companies. If we don't start asking for "green" video games, it could mean a game over for Earth. Get wise gamers.

PacaMana - My rendition of the first recorded "perfect score" of Pac-Man. Can you guess what the score was?
Gaming Design
Comment