By chance, the BBC Digital New Media Department came to hear of my MSc work and designs in 1999, and offered me a paid commission to produce designs similar to images depicted above. Design was inspired by Welles Coates (Isokon Flats) original 1934 Ekco Radio design.

Brief was to choose a consumer product area and research a designer responsible for a massive step change in that area. The brief also specified that the original design symbologly should be recognizable as a evolutionary progressive change. Advances in new technology was also to be utilized.
Welles Coates was the first to successfully define what a Radio should look like to warm customers to new advances in technology. Before the Ekco AD65, Radios were disguised as facsimiles of already existing every day objects, such as armchairs.

The BBC Digital New Media Department came to hear of my MSc works and offered me an unsolicited paid commission to produce a set of designs similar to the ones depicted above. The design was inspired by research into Hedonism, fetishes, touch & texture. All students were given a single “trigger” keyword, and were then charged with producing a design based on research into consumer understanding and connotations of keyword. Sketches and full size resin models of design were produced from 3D CAD data and rapid prototyping sterolithography techniques.

Target market and opportunities for utilization of DAB technology were also investigated.

Concept design of Space Train (Forerunner to current Victoria Line replacement rolling stock being built by Bombardier for delivery to LUL/Metronet Rail BCV Limited in 2008). I worked as part of a team of 4 designers to package ideas and features for future design of new rolling stock.

I worked specifically on interior layout, ergonomics, exterior livery and aesthetics. Some features such as shape and form of externally hung doors appear in final design currently being built by Bombardier.

Voyager wireless Train & Station control/communications unit for London Underground Limited, 2001. - My aim was to identify and package various technologies to create the potential for novel forms of train/station control and communications, and to demonstrate the benefits that could be obtained from the use of wireless control and communications within London Underground’s existing rapid transit system. My research examined the potential benefits of a portable wireless device to assist station and train staff in their duties. Work also investigated feasibility for introduction of wireless LAN and WAN networks into LUL’s existing tube network infrastructure. Design was well received by LUL, and resulted in them investigating possible routes towards obtaining a patent for novel qualities of system. I was presented with a recognition award for innovation in 2002. 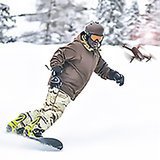