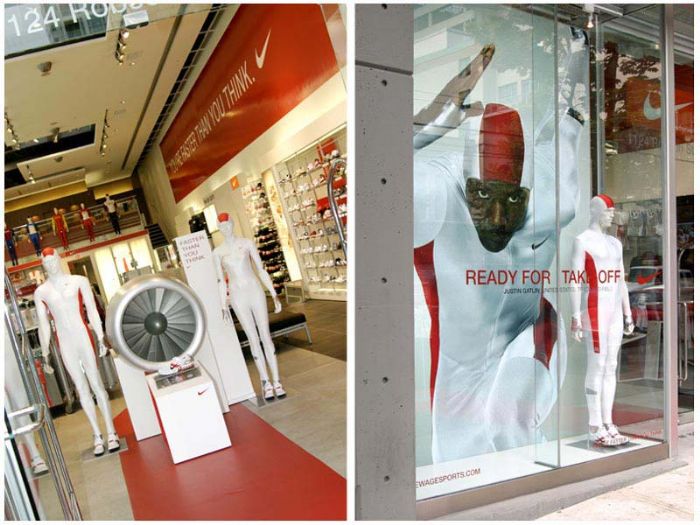 NIKE Speed Initiative – Robson St. Vancouver - (Category: Retail Design)
This five-month project involved the interpretation and implementation of Nike’s Speed program. It covered various events, environmental installations, graphics and product displays. This page focuses on a retail change-out for the New Age Sports store on Robson St. in Vancouver, BC. Each element from graphics to floor & wall treatments, windows and point of sale displays were developed specifically for this project. 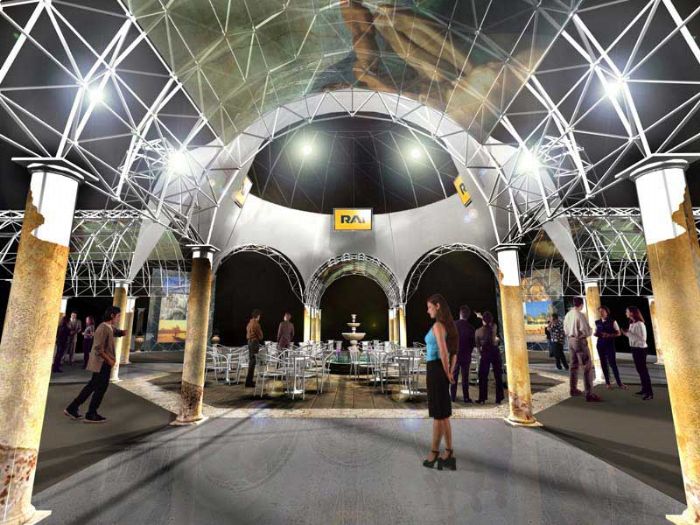 ITALY Century XXI - CNE 2003 - (Category: Exhibitions)
This pavilion exhibit showcased four regions of Italy at each corner, with a piazza feature in the center. The concept was to marry the old and new of italy. This was reinforced with a transition from natural, rustic finishes into metal and fabric structures. 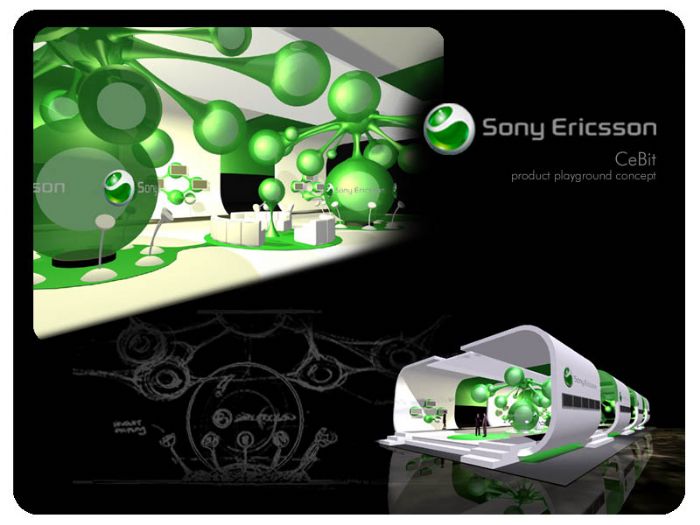 SONY Ericsson – Product Playground CeBit - (Category: Exhibitions)
The client wanted to create an animated and dynamic interactive area within their existing CeBit exhibit. They felt the space was too “sterile” and wanted an exciting design that would reinforce the brand identity while providing an engaging “playground” area for product demos. 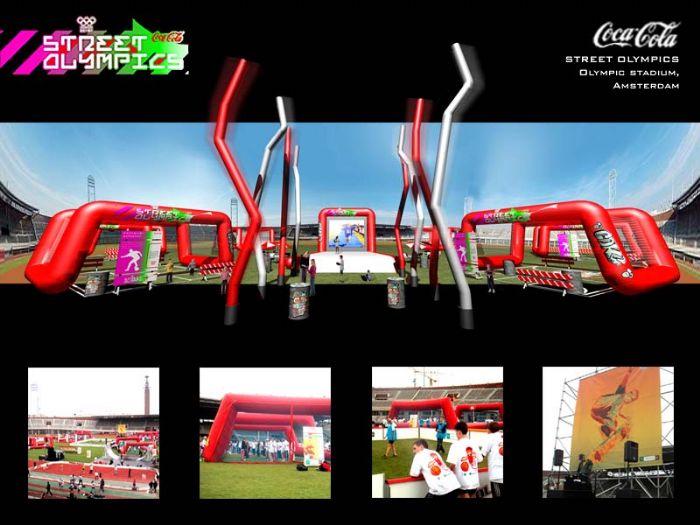 COCA-COLA – Street Olympics - (Category: Special Events)
When the Dutch branch of Coca-Cola opened their new facilities prior to the 2004 Summer Olympics, they wanted to develop an explosive event that would highlight Coke as a major Olympic sponsor and promote an active lifestyle for kids. The Coca-Cola Street Olympics is a traveling event, mostly comprised of inflatable structures for ease of installation and transport. The structures, graphics, music, and the events had a “street” theme in order to engage the youth market. 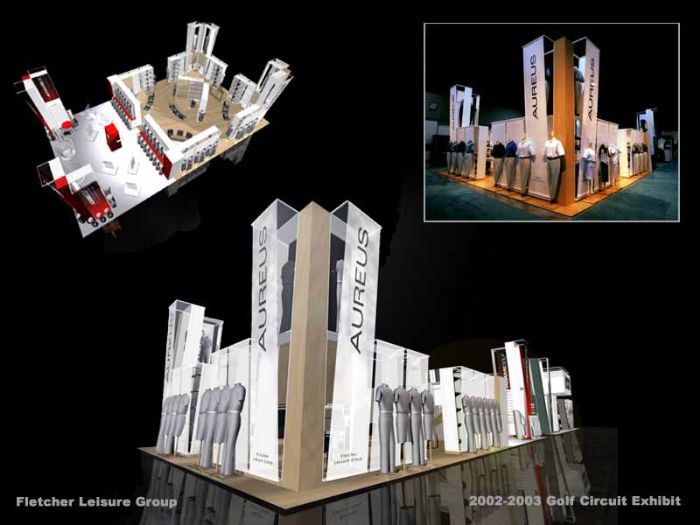 FLETCHER – Golf Circuit - (Category: Exhibitions)
Fletcher distributes various lines of golf apparel. Their exhibit spans a large space and showcases a variety of brands…thereby appearing disjointed. The challenge with this design was to create a system that could easily adapt to various configurations, create a cohesive “umbrella” look to the entire Fletcher space, and maintain the individuality of each brand. This was achieved through color and graphic change-outs over a flexible and easily erected shell system.
Portfolio
Comment