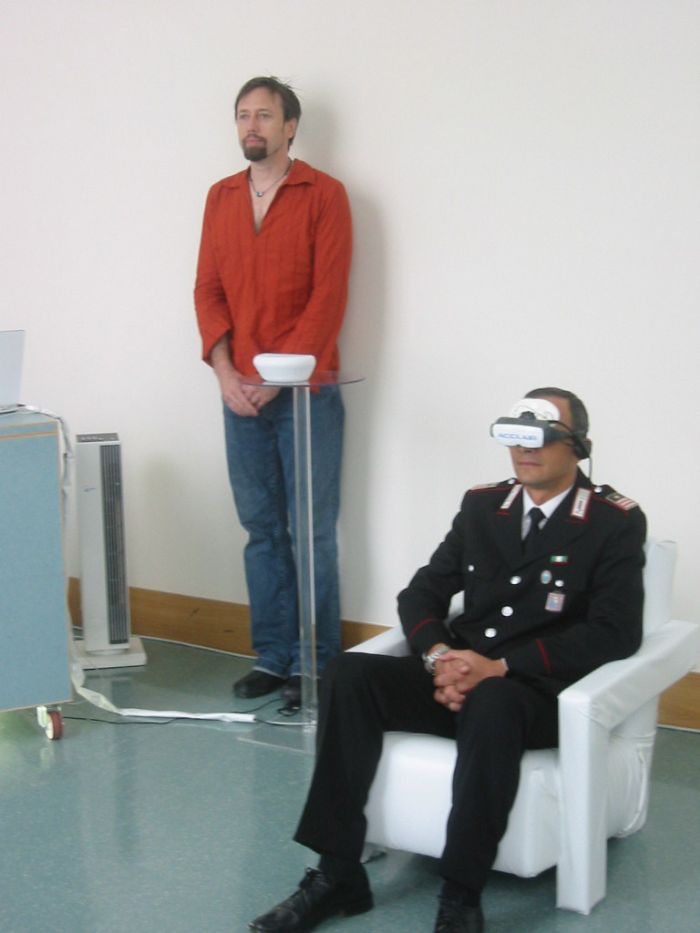 Italian police officer tests the Accliar system - Biometric technologies are advancing and becoming socially acceptable in the wake of recent terrorist events. This process raises fundamental questions about what defines us as trusted members of society or trusted citizens of a state. Acclairism creates a "social fiction" to explore a situation wherein people
willingly accept a highly invasive, highly authoritative manipulation in return for tangible rewards and social status.

Acclair is a fictional company providing brain-testing services as part of an accelerated security clearance for air-travelers with its use of Brain Fingerprinting technology (BFP). Acclair uses its members' brain output (ostensibly measured with EEG) in conjunction with data aggregation processes to profile a person not only for security purposes, but also as a Neuromarketing tool that provides market research value for its corporate clients.
(more at http://www.acclair.co.uk/acclairism/) 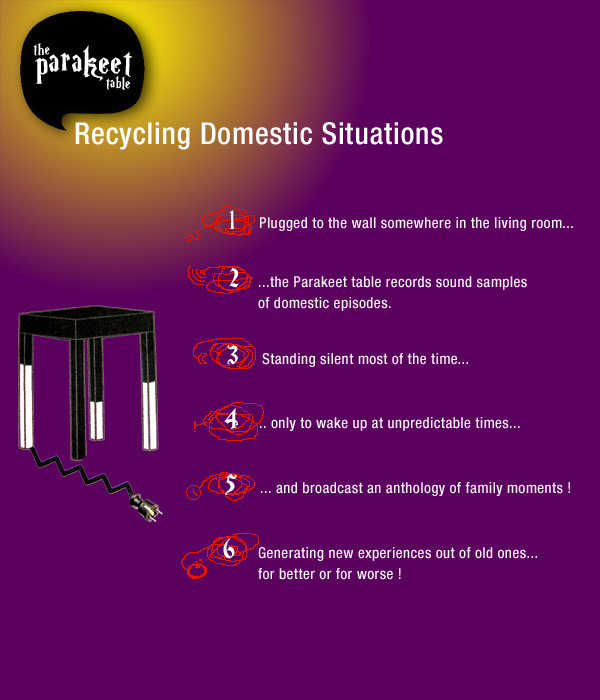 The Parakeet Table - The Parakeet is a coffee table with technological sensitivity to the environment. While plugged to the wall, the Parakeet records the sounds of its surroundings, stores them as tracks and classifies them according to a preprogrammed logic. Then, in times uncontrolled by and unpredictable to its owners, and as late as days or weeks after the recorded event, the Parakeet broadcasts a one-minute anthology of its recordings collection.

The Parakeet is designed to make past conversations and situations reemerge, and thereby create new and surprising events, emotional reactions and discussions. 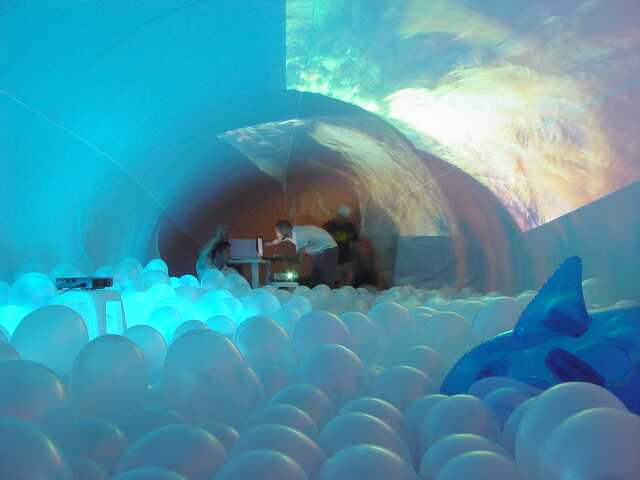 CICCIO: the Curiously Inflated Computer Controlled Interactive Object - The CICCIO group has a series of objects depicting new scenarios for buildings as interfaces. the concept is to use new media within changing structures (inflatables) to naturally integrate human emotions, needs, desires into space. the CICCIO have been exhibited all over the world.

INFLICTED: Exploring pain in silent objects - "Inflicted" is a physical computing project which explores interaction between primitive objects (cardboces) in the context of emotions. We set out to ask if we can act on a "stupid" box so that it would seem it is inflicted and reacts to pain.
Portfolio
Comment