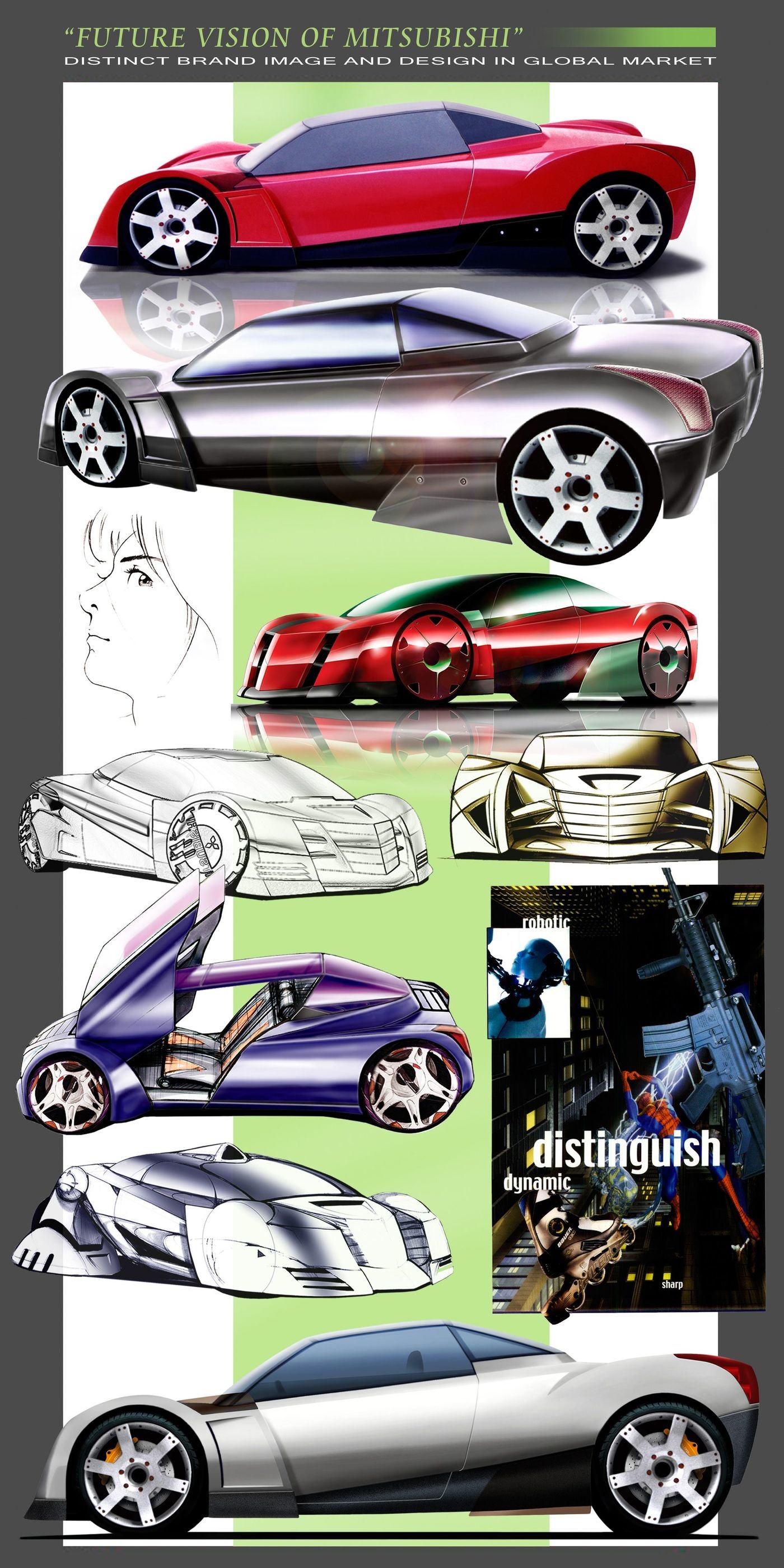 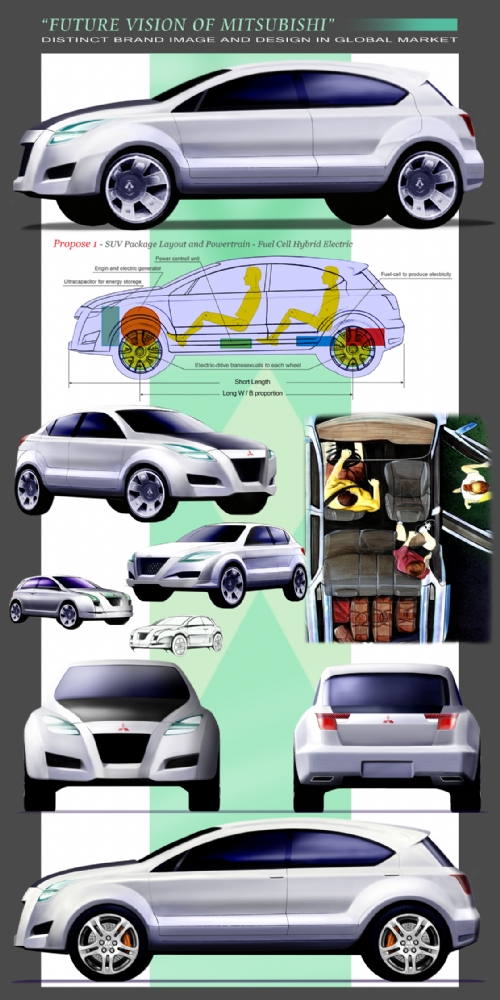 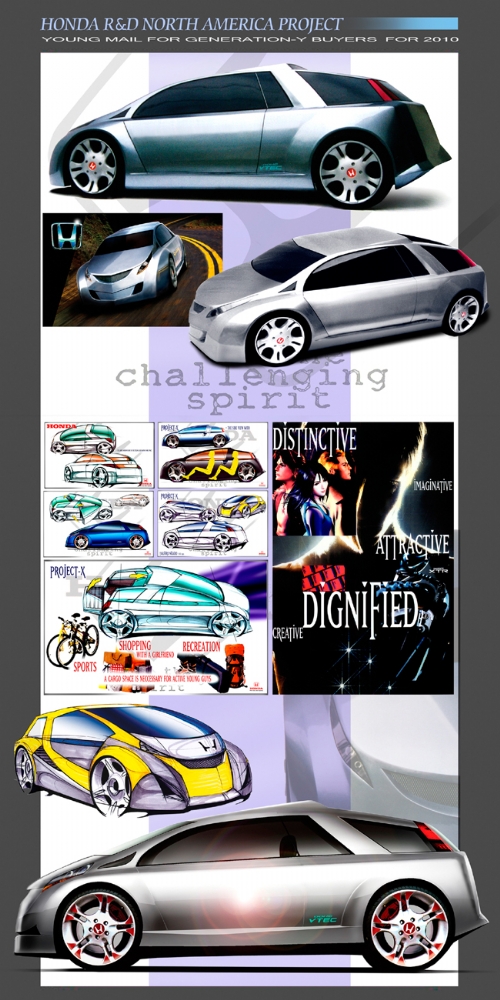 Target market :
- For active young male buyers. (22 to 25 years old young male)
- For any kinds of activities. (moutain biking, picnic)
- For recreation for the weekend. (Going snowbording with several friends)
- For shopping with a girlfriend.

Size of the Car:
- 2x2 pasenger with properly laggage space. (sutable for out- door)

Honda Civic based car.
- The over length is bit shorter than Honda Civic Sedan, but I keep the same wheel base becouse of the stability and space for the green house.
- The concept is as same as the one for Civic 3 door Hatchback, but more cargo space is abailable for rear trank like Honda CR-V.

Features:
- A engin is relatively small but contended with enough house power.
- A civic based engin (1.6 or 1.8 cc engin) Civic Type-R engin ( Only produced in Japan) has 185 ps. 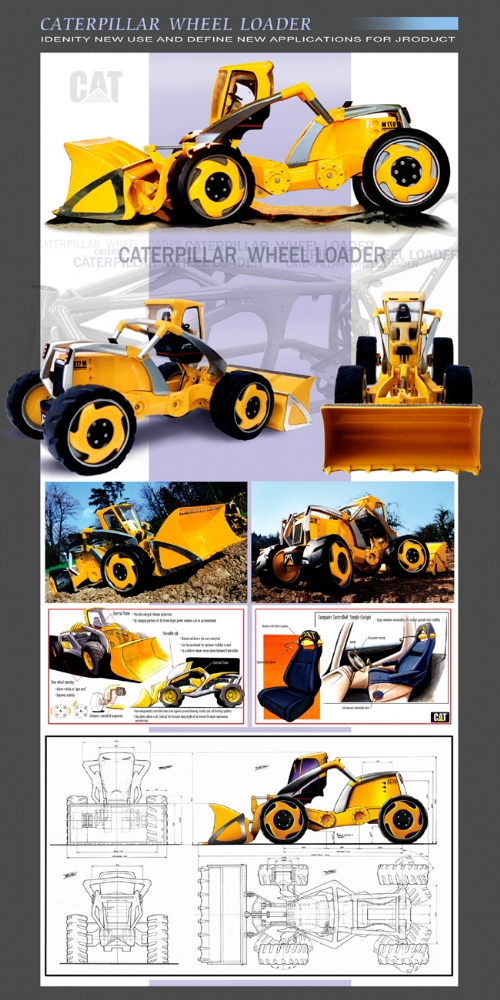 Sponsored Project (Caterpillar Wheel-Loader) - Design proposal: Develope wheel loader for the use of emerging concept, system and material technology to offer a wider range of machine application and greater ease of assembly. 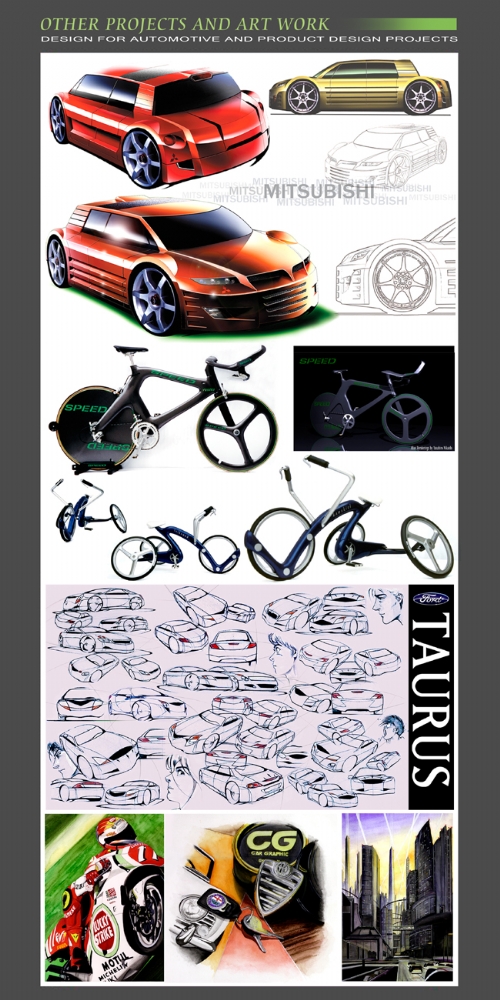 Other Project and Art Work 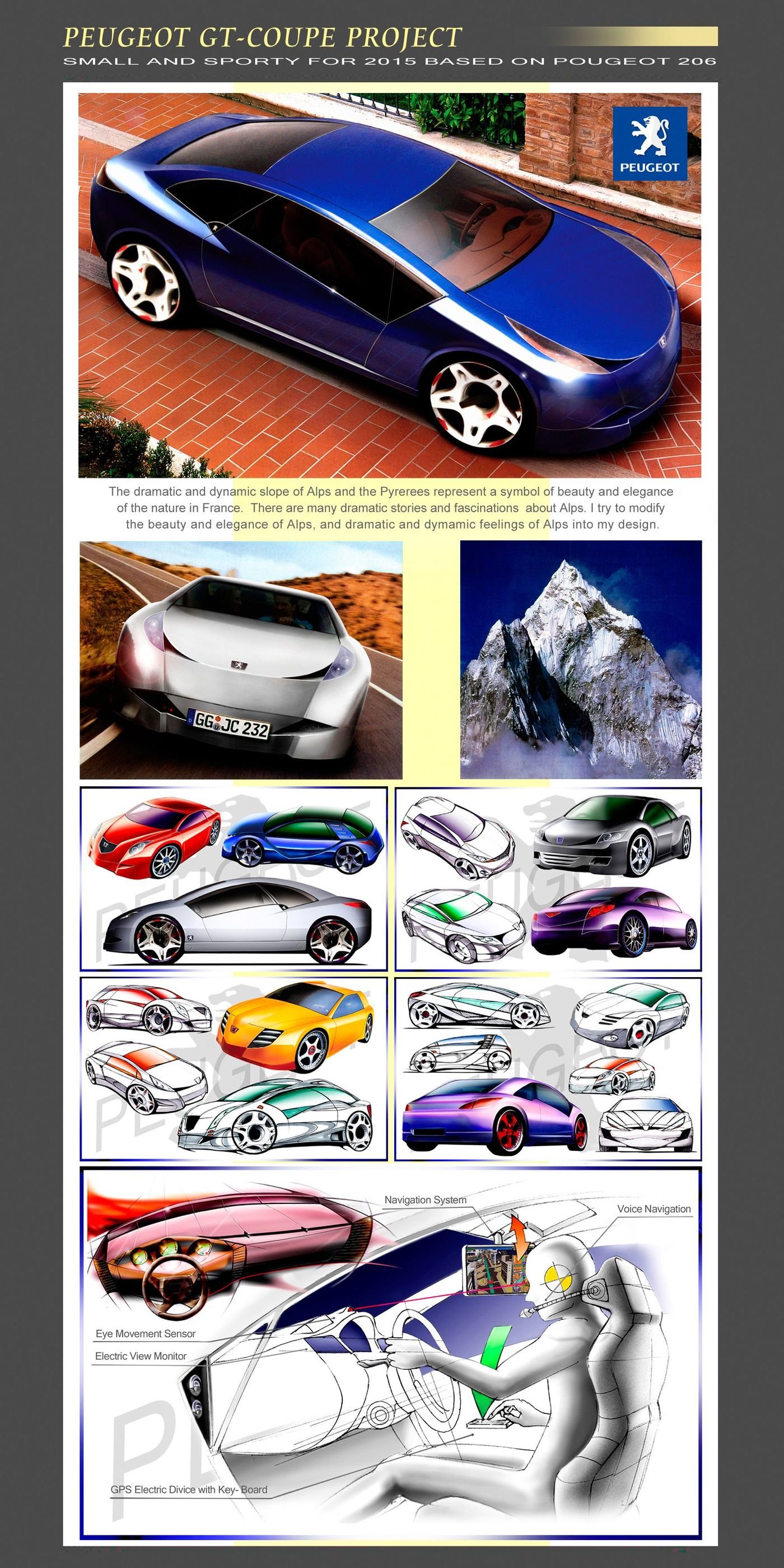 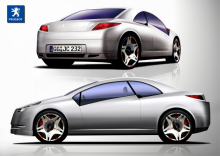 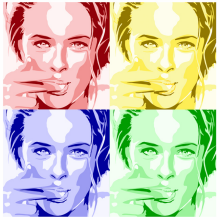 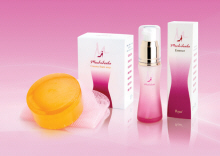