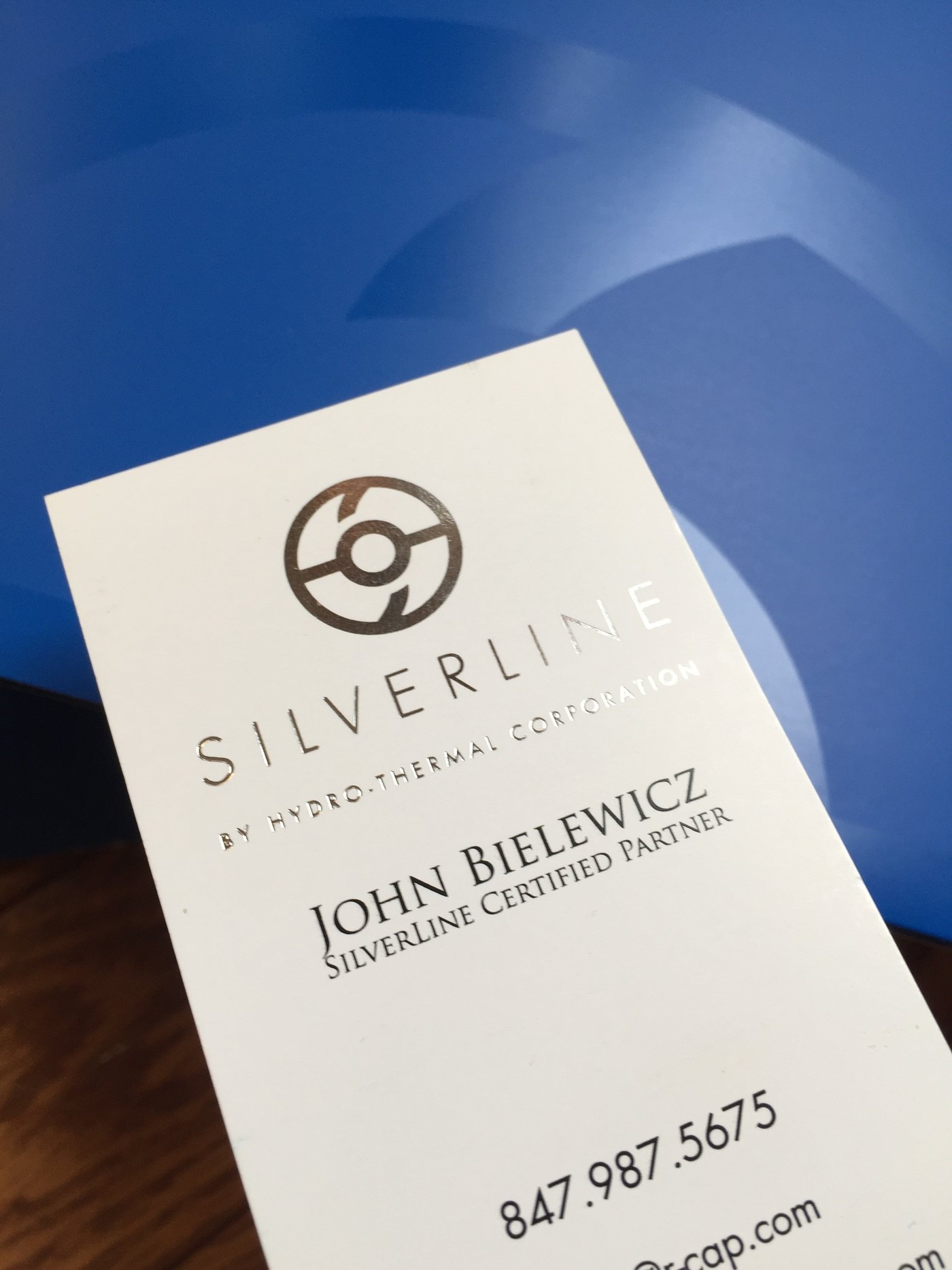 This shows a close-up of the SilverLine Brand applied to business cards. The business cards are printed one color plus a chrome foil stamp for the logo. Whenever possible, the logo is rendered in chrome foil to mimic the finish on the actual product. 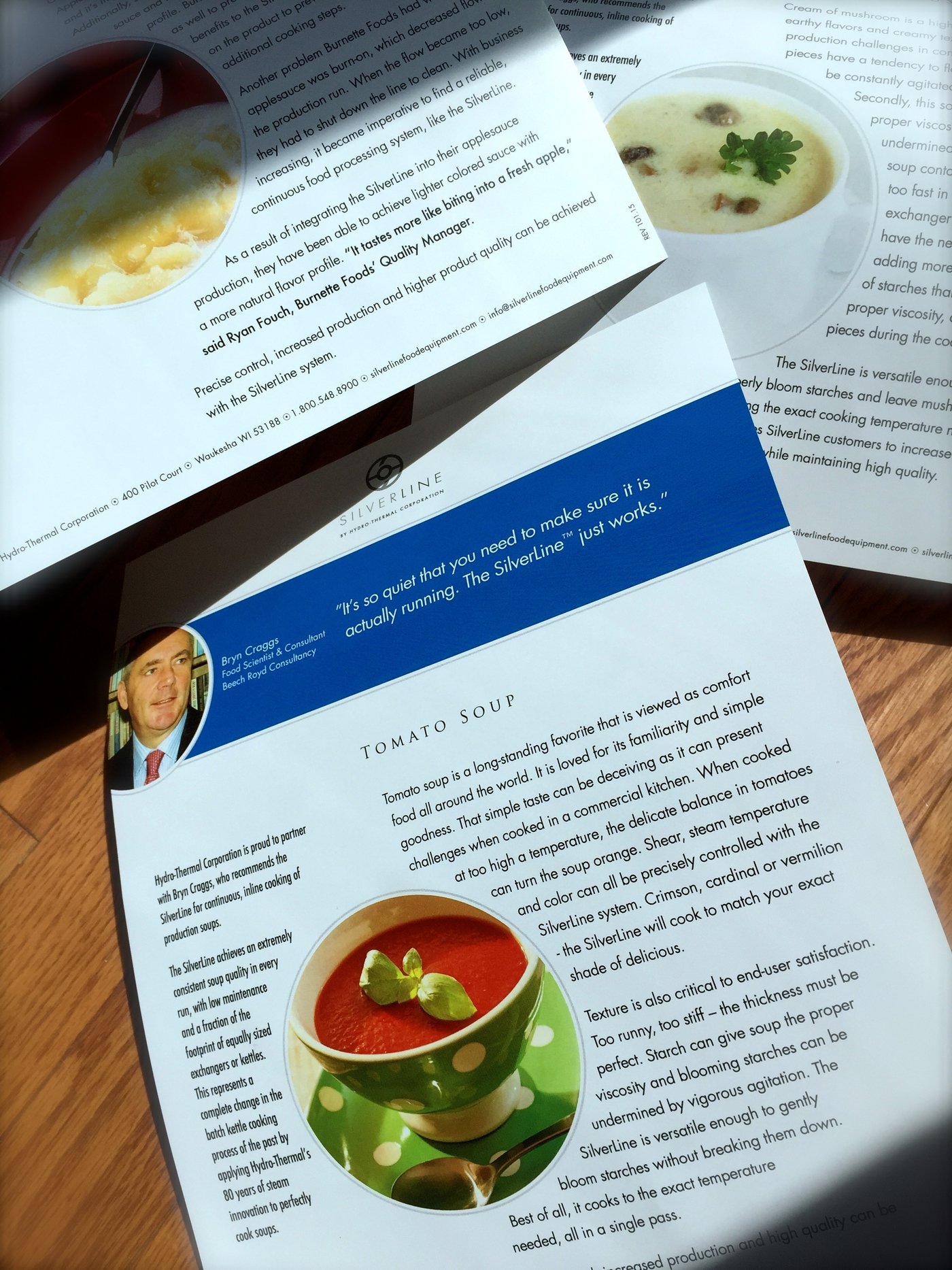 There are a series of these sell sheets that are being developed to be inserted in the pocket folder or to be stand alone sheets available via the website. Circle's are theme throughout the brand. The product manager and designer has designed a product with very few corners or angles so the curving tubular stainless steel piping were very influential in graphic elements. 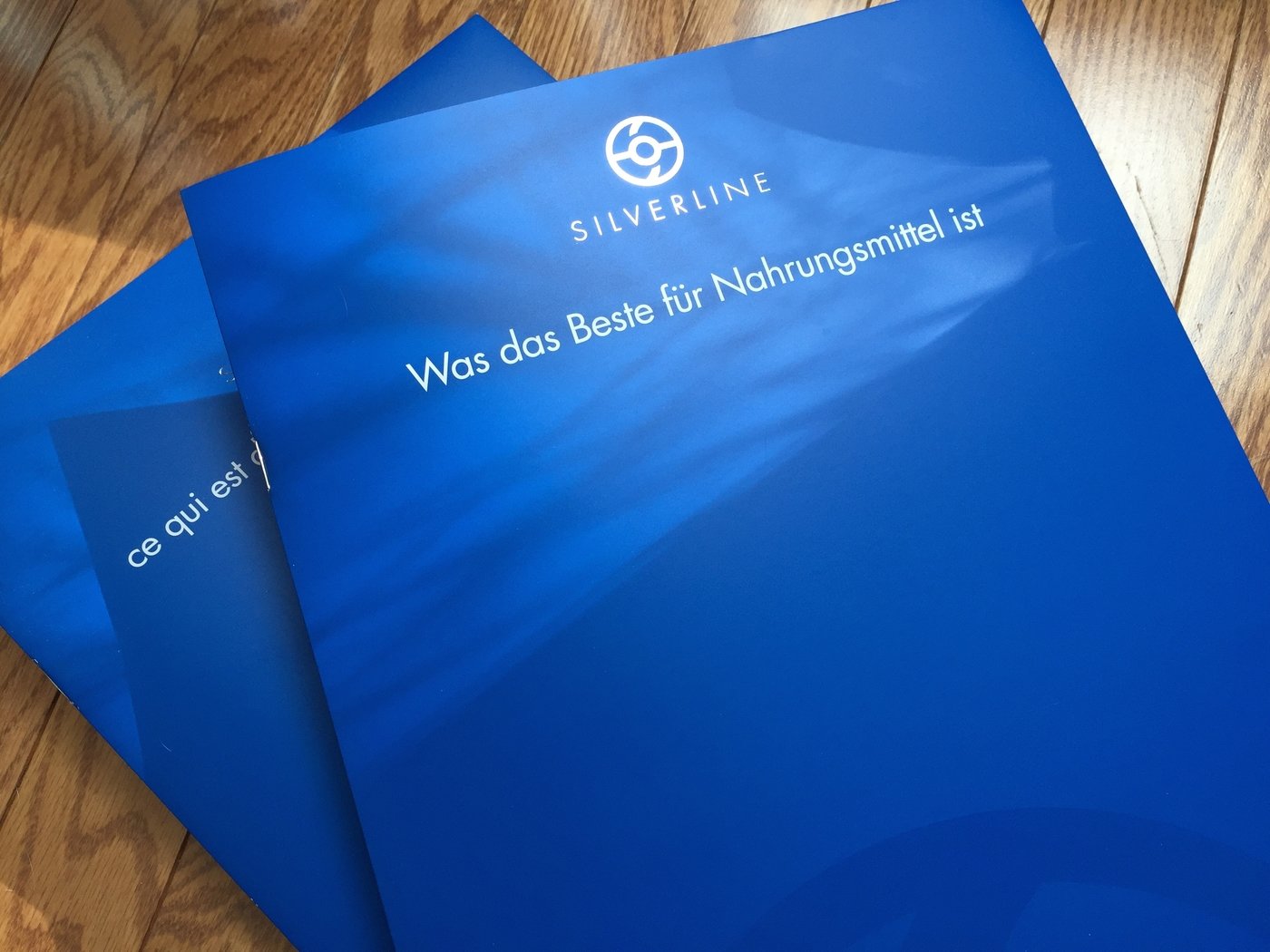 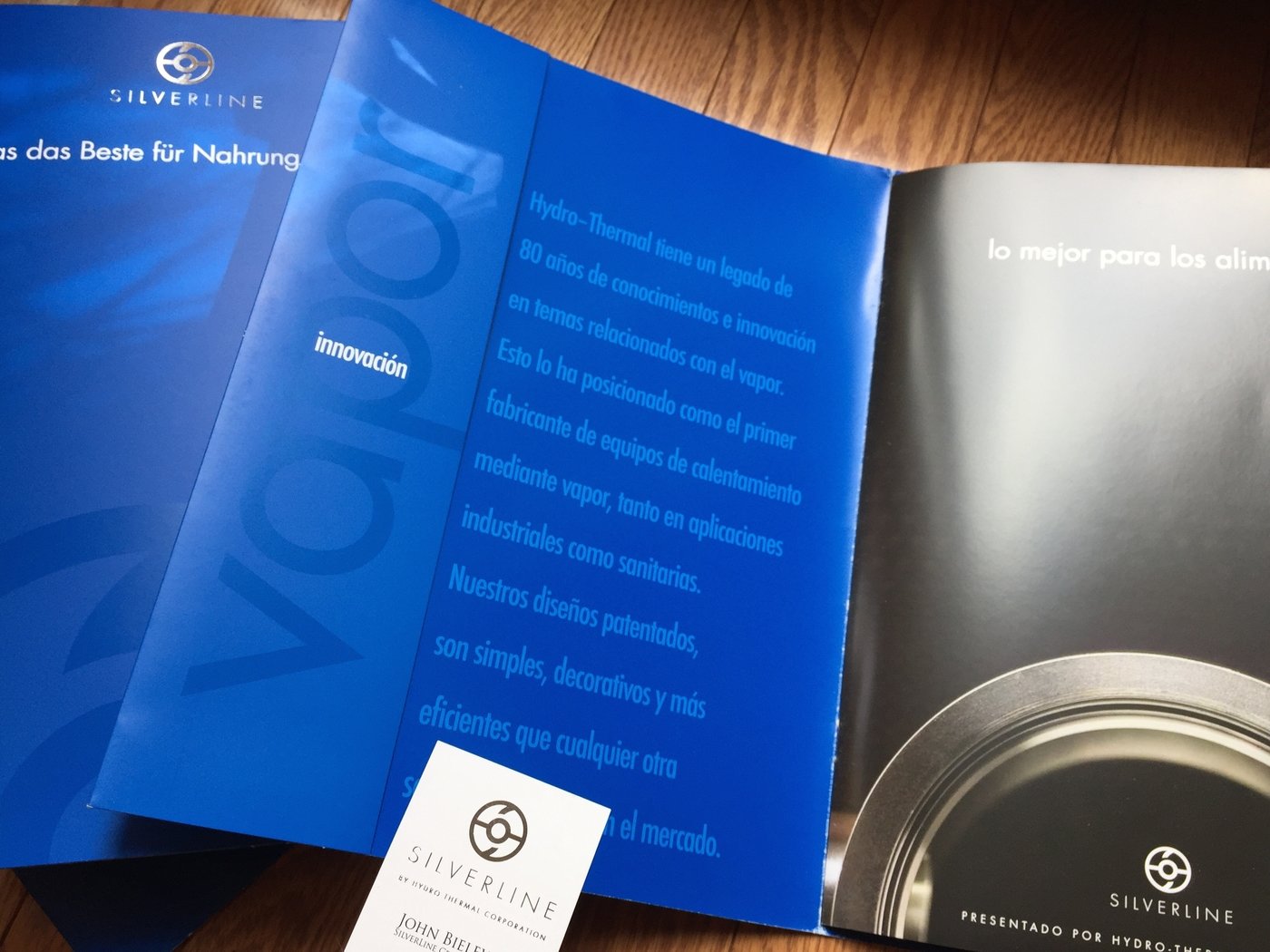 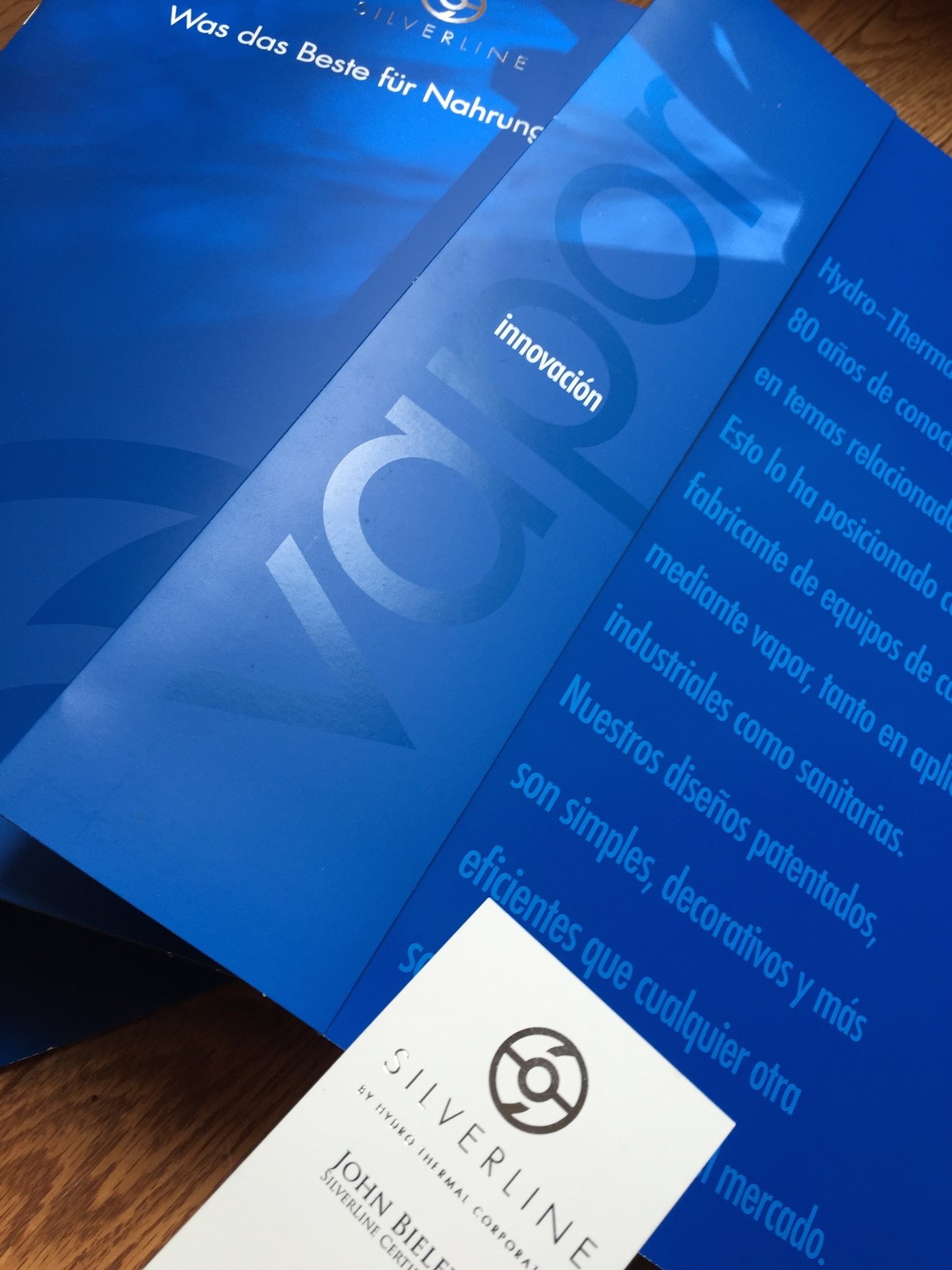 SilverLIne pocket folder and brochure. The concept behind the design was basically to introduce the product as almost like a luxury European automobile. Foil stamping, a UV satin finish and varnishes were used on these pieces to reflect the high level of quality and craftsmanship that is put into this product line. Subtle varnish typography on the inside "Steam" is the backbone concept of the SilverLine and what it is powered by. The folders and brochures were done in five languages to date. 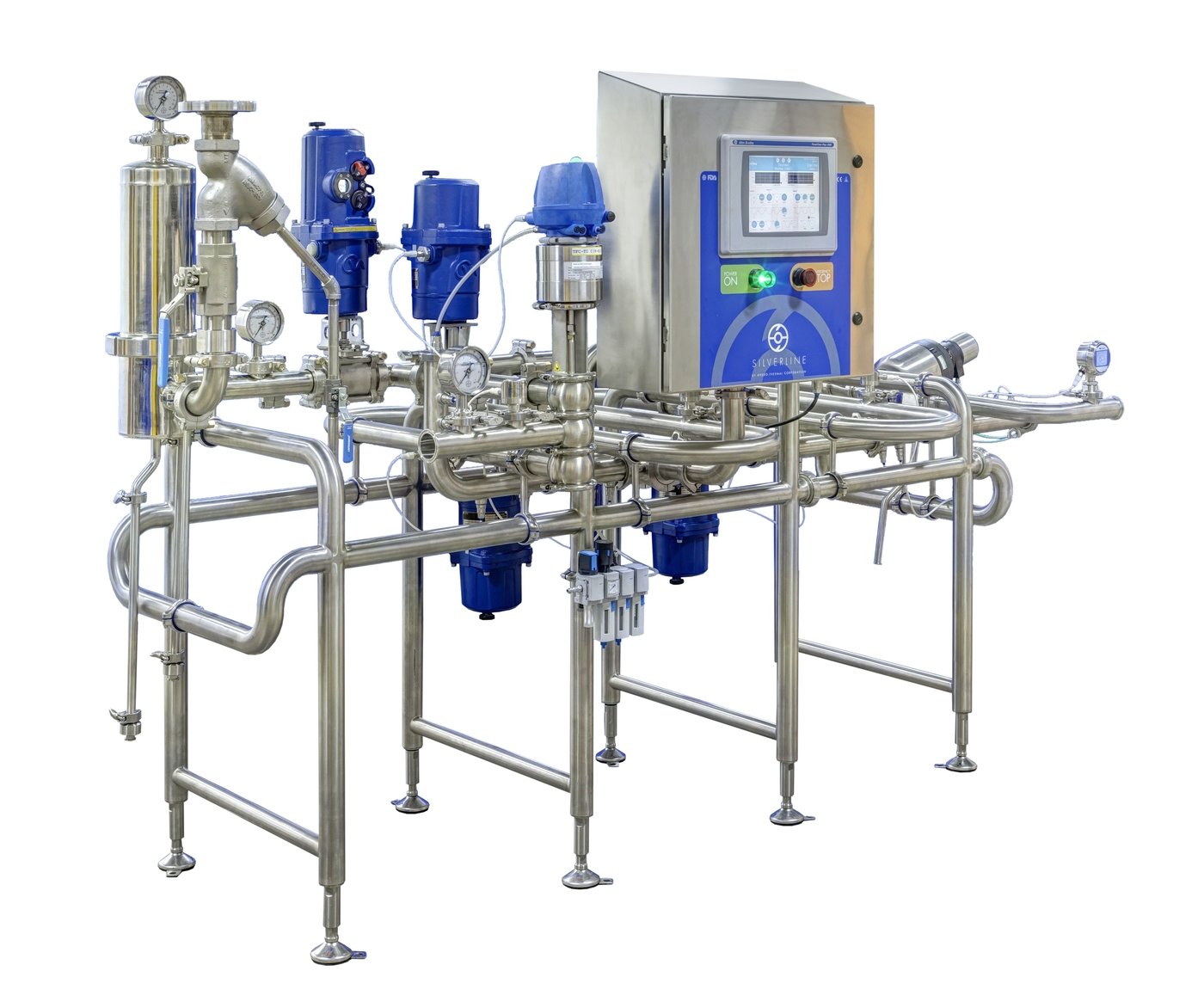 This is one of the original models that shipped in 2015. Hausch Design Agency worked on all the product labeling and identification including "Warning" labels and part decals. HDA also worked with the product manager on developing the UI and product manual so there was complete continuity throughout the brand.
SilverLine Brand, labeling and materials