GODZILLA military tank design - Supervised by production designer Oliver Scholl, Patrick Janicke did the concept designs & illustrations for this Anti-Godzilla tank. Set Designer Mick Cukurs then translated these illustrations into accurate blueprints from which these vehicles were built for the movie GODZILLA. Larger than an Abrams tank, this is one of the largest concept vehicles ever designed and built in real life - rather than a computer generated helicopter or space ship. 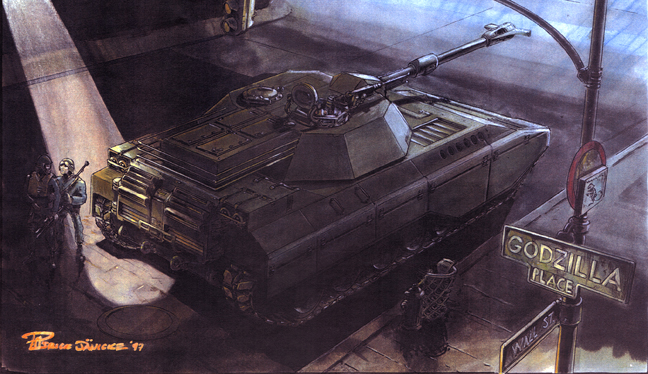 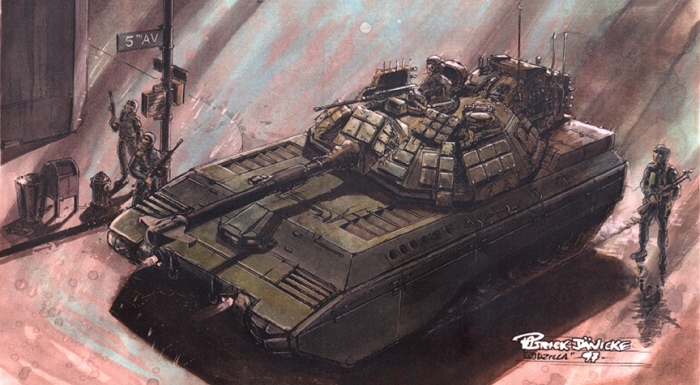 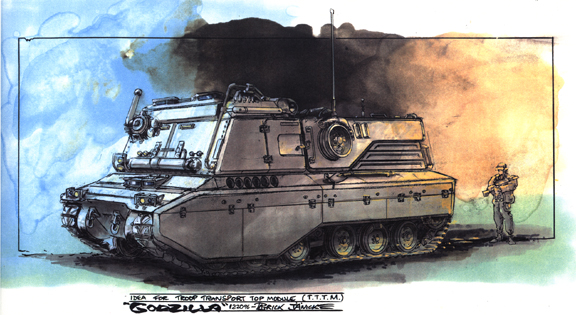