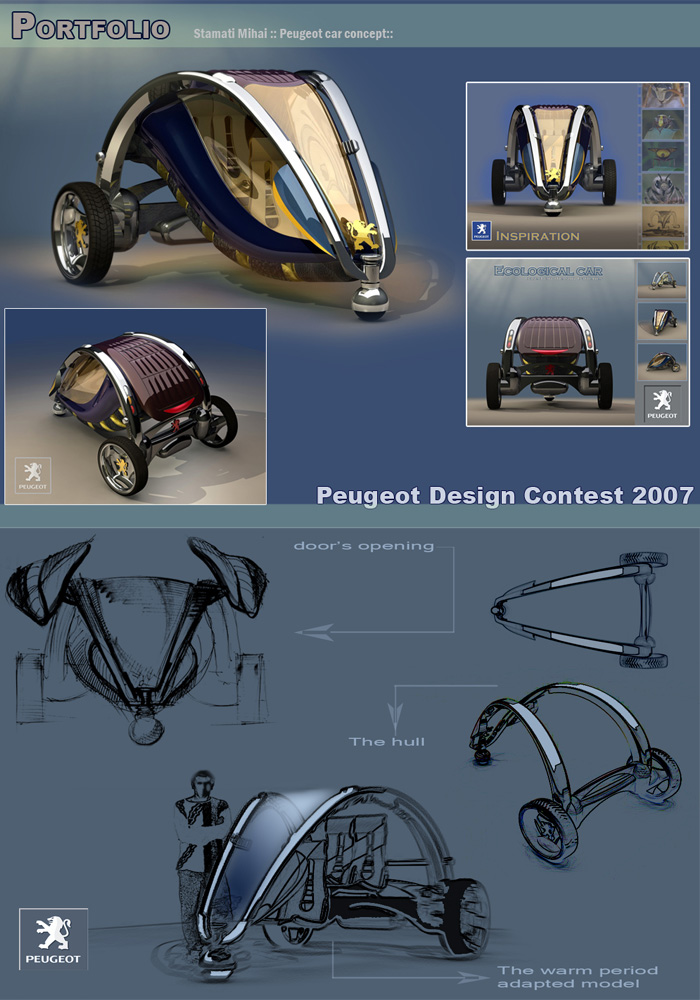 The start task was to realize a project inspired by insect world.
In the end i opted for a simple shape based on a triangle. Watching it
frontal, backside, lateral and from the top, you can see that the shape
of the car can be inscribed in a triangle.

The idea of "three" is also identified by some characteristics of the concept:
1. It has three contact points with the floor: two back wheels and a ball in the front
2. It is intended for three persons: one in the front, twoo in the back
3. It has three independent elements: the hull, the cabin and an opened module that
can replace the cabin during the warm period

Keeping the mentioned criterions, i gave to the new concept an image that has the
character of a fly. This similarity is very obvious, especially from the front. Other bionical
elements were used to activate the posterior side of the cabin. I used two complementary
colors according to the insects.
Now i'm going to describe the basic elements of the car:
The most rigid element, which is the maintenance of the whole car is the hull. This element
is a metalic structure which has two electric engines on the backside that move the wheels.
The cabin (different to the other elements) is suspended. It just hangs being fixed by a system
on the hull. Thanks to this system, the cabin is always vertical.
The roof presents a sun baterry that concurs to the suplimentary charging of the baterries.
The steerage happens by a joystick and all the information about the car is on a display situated
in front of the driver. The veering happens thanks to the difference of wheels rotation.

So, this is the essence and the basic ideea used in the creaction of this little mechanical 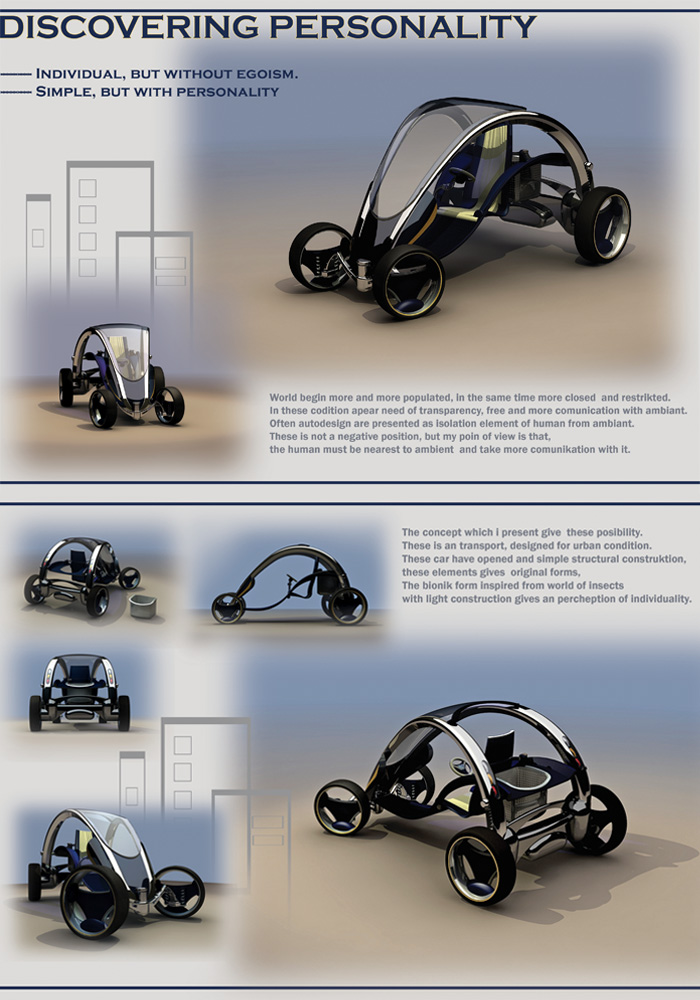 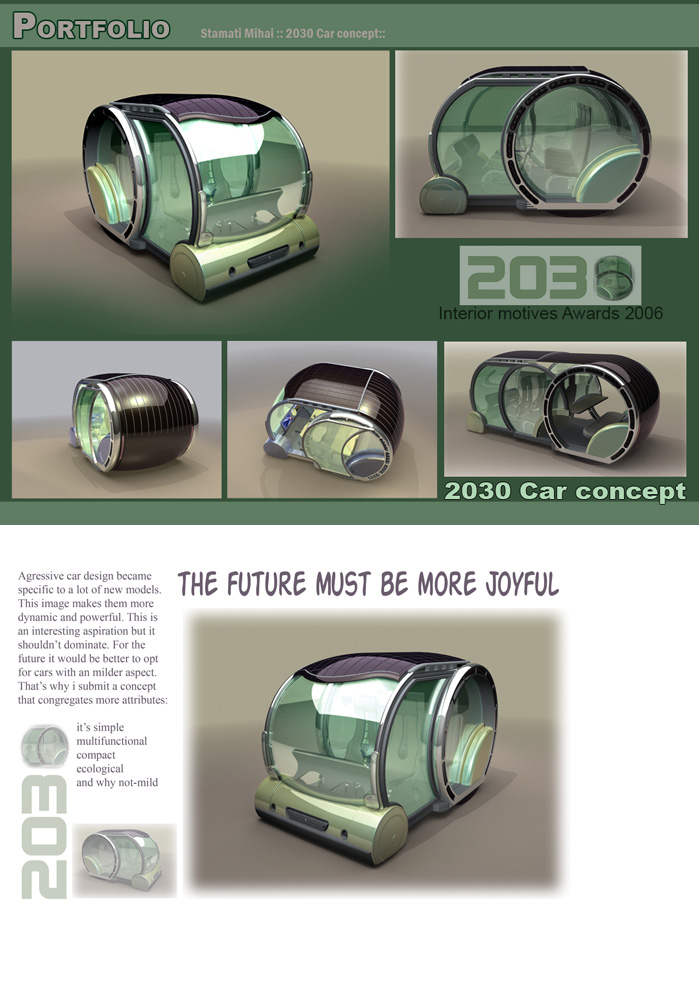 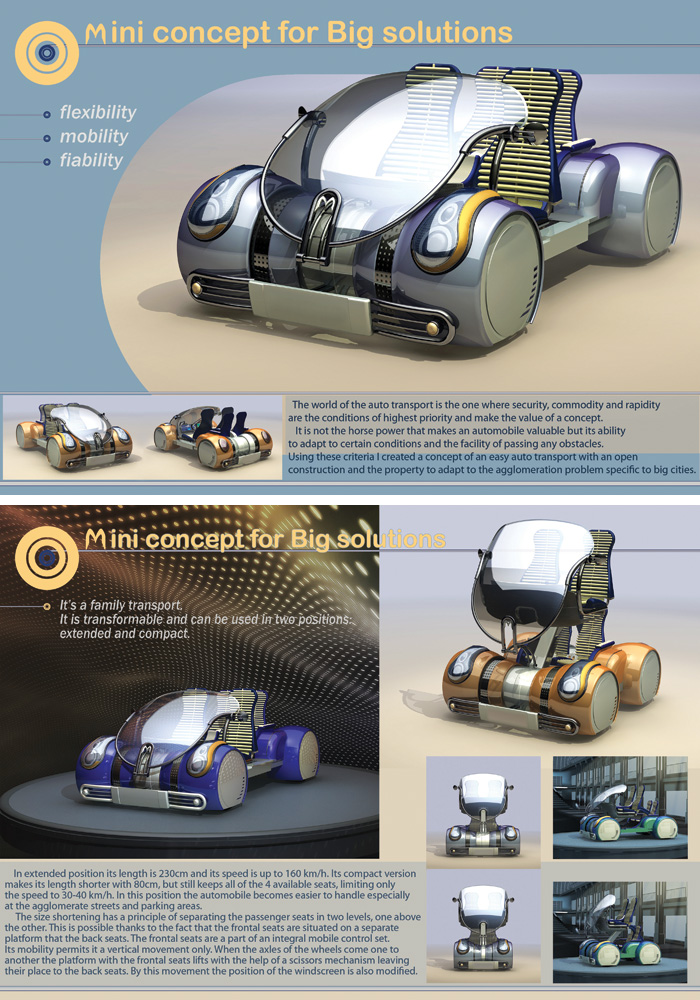 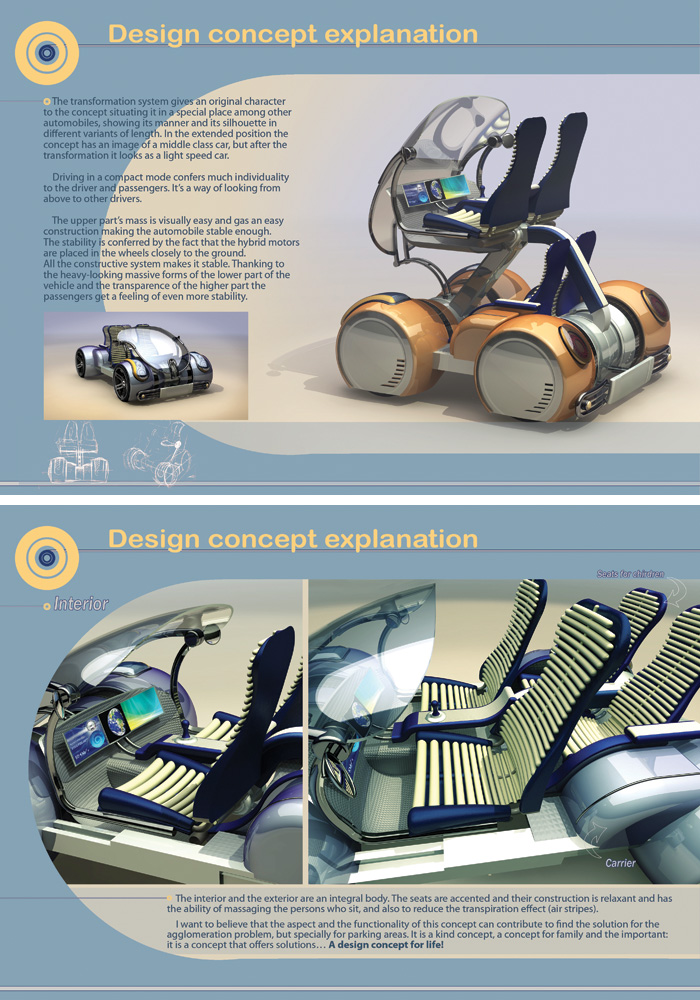 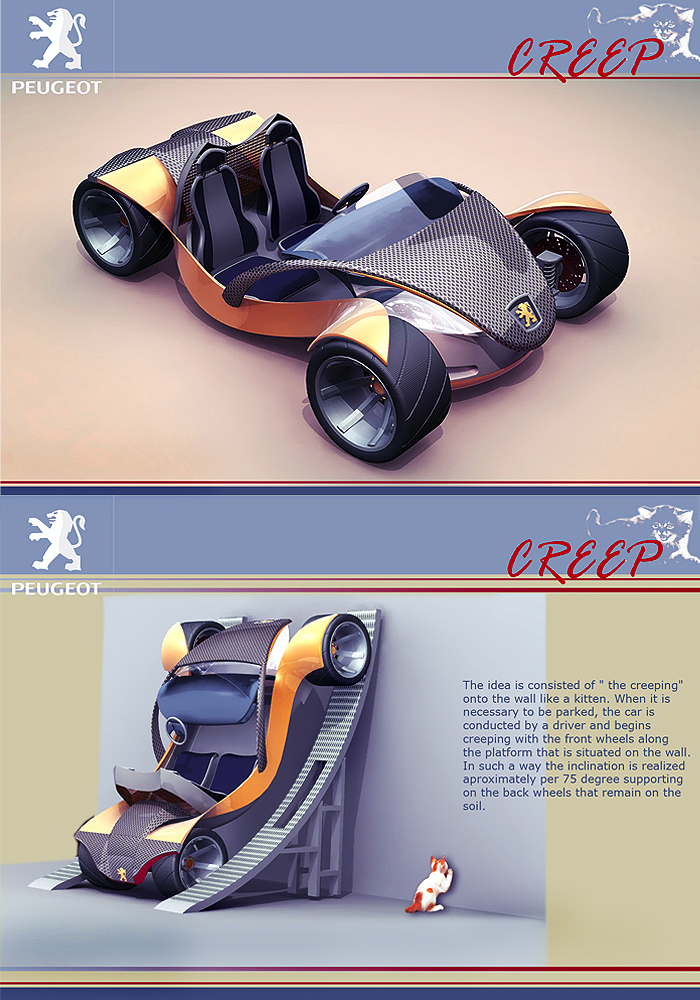 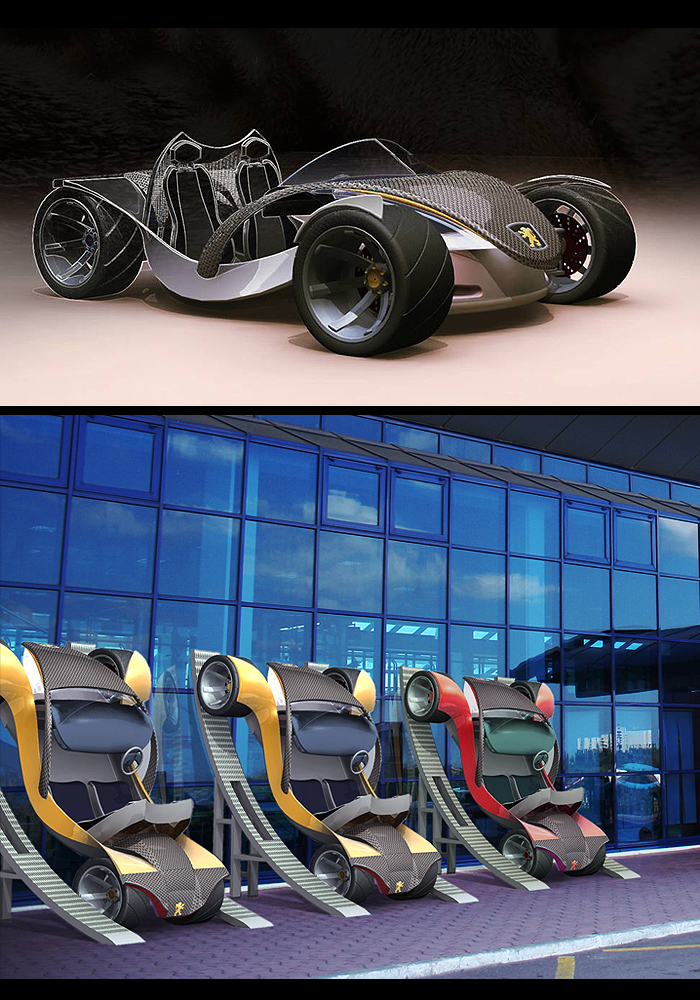