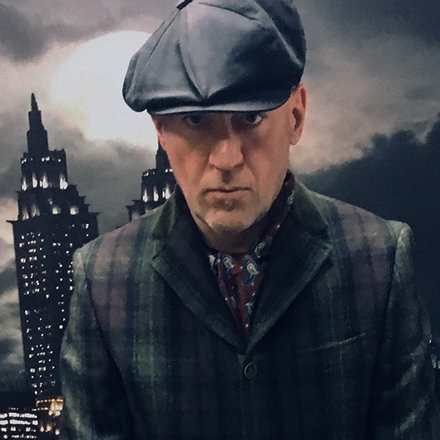 Mark Rubenstein, it seems, was doomed from the start. His earliest clear memory involves returning home from school one day, aged seven or eight, to find his parents sitting him down for a firm but fair chat. After patiently explaining the concept of long-distance phone bills in great detail, they demanded to know whether he could explain a month’s worth of daily and lengthy long-distance calls to Battle Creek, Michigan. As it turned out, he could. Our young hero went on to explain how he’d sit in school all day, writing and composing jingles for Pop-Tarts, before rushing home to phone Kellogg’s in Battle Creek and enthusiastically singing his jingles for anyone who answered the phones. Clearly, a lifetime of creative pursuits awaited, despite his parents’ complete and total lack of amusement with the staggering phone bill. After studying Graphic Design at the Rhode Island School of Design and Parsons, Mark’s career path has taken him through a wide variety of Art Director roles, including NBC, Simon & Schuster, J Walter Thompson, Sotheby’s and Warner Bros. With a deep focus on marketing, Mark has extensive experience creating high-end materials spanning a range of avenues for both print and digital, including brand identity, advertising, collateral, editorial, packaging and presentation, as well as copy writing. Since 1998, Mark has also juggled a career as a rock musician with his band, Sour Jazz, which has taken him around the world, most recently spreading mirth, joy and partial hearing loss amongst the youth of Europe and Japan. Sour Jazz are currently recording their eighth album which, mercifully, does not include any songs about Pop-Tarts.