Above the Fold: Craig Skaggs, Illustrator and Designer

by Neil Ferguson
Mar 29, 2017
Interviews Above the Fold 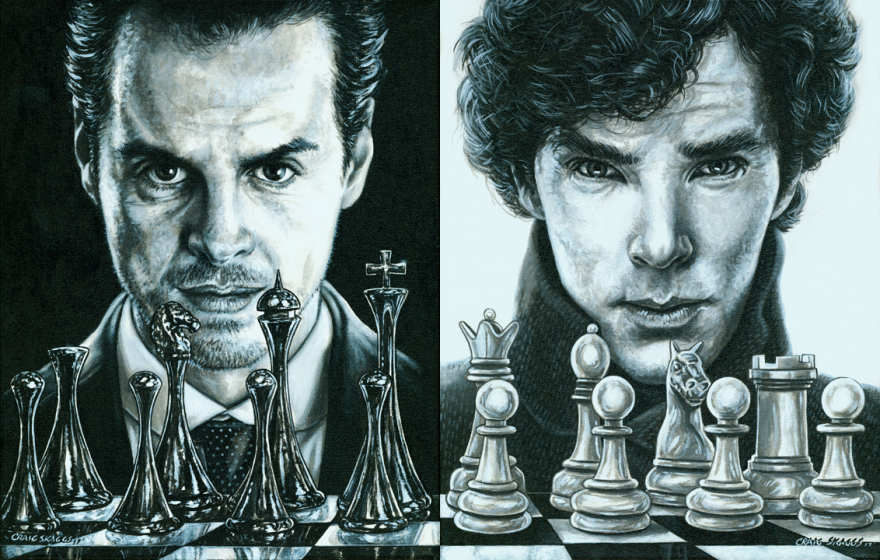 Craig Skaggs covers a lot of ground in terms of style and mediums, but if you take a look at his work you may think he has spent his whole career just focused on one thing given the skill demonstrated. For more than two decades Craig has been devoting himself to illustration, product design, and inventing. Much of that time has been spent designing all kinds of toys, but he has also dwelled in footwear, furniture, and backpacks, not to mention medical illustrations. Craig even designed and patented a carrier that can prevent pets from getting heat stroke (more on that later). Throughout all of his work - especially his illustrations - there is often a staggering level of detail that seems to elevate the work from basic design drawing to something much more artistic. Considering his many years of experience and diverse portfolio of work, we figured it was time to ask Craig some questions about his background and inspiration.

I guess you could say that I was groomed to be an artist from the time I was little. My father was an artist, and my parents recognized my skills very early on. That combined with my friends and teachers telling me how good I was left me with little choice but to be an artist. To not [pursue art] was considered "throwing my talent away." I was actually even more interested in science than art, and I was so involved in the martial arts when I was young that I considered going into the military. I was convinced otherwise.

Syd Mead and Ron Cobb are at the top of the list for design. Both had such a wide range of what they were able to come up with. I don't know anyone that doesn't love Syd's designs for Blade Runner. As someone who loves old school illustration and design, the entire art deco period was the pinnacle of style and design to me. Illustrators like J.C. Leyendecker brought so much style to the projects they worked on. I've only been lucky enough to do design work for one movie - Spy Kids 2 - but I'd LOVE to do more.

The latest design project I worked on for the Bradford Exchange is a long-running job. I design statues based on the original Star Trek episodes - I've done well over 30 now. I also designed a huge sculpted sign for a Las Vegas restaurant called Teriyaki Madness not too long ago, and a couple store kiosk displays for Happy Feet Slippers. Most of my work these days though is medical illustration. I'm a lead illustrator for the American College of Cardiology, and the Journal of Allergy and Immunology. I've also gotten back into doing a lot of traditional paintings, which I'm getting commissions for.

Do you have any projects coming up that you are particularly excited about?

Unfortunately, nothing on the design front. On the illustration front, however, I've been asked to have a personal gallery display of all of my Star Wars art. Back in the 90s I did a lot of Star Wars licensed art for merchandise, and I've also been doing some in the last couple years for conventions. I'm really looking forward to that.

It really varies depending on the project. If I'm designing a statue or figurine, I'll start by gathering really good references, then study the episode/movie/history/etc. to come up with ideas. If I'm working on designing a product, I first try and research everything I can about that product, and every other product like it. I can't stress enough how much having a wide range of interests and knowledge can benefit you as a designer. It allows you to think of things that other people would never come up with. With any project though, after the research is over, I begin with pencil roughs. The computer to me is the last tool, not the first. Then I'll progress to more detailed renderings, then the finals (if necessary). Years ago I colored everything with design markers. These days though I use Photoshop.

Are there any projects (professional or personal) that you are especially proud of?

There are several, but the one that means the most is the design I came up with and patented for a cooling and hydrating pet carrier called the 'Pet Cooler Carrier.' It sickened me so much that so many pets were being badly injured and dying from heat stroke while being transported or stored, that I decided to invent something to prevent this from happening. My design has won multiple industry awards, has been heralded by vets, magazines, TV shows and numerous pet specialists. Unfortunately though, all of that doesn't mean instant success. I'm also very proud that my medical work is used to teach doctors at such institutions as Johns Hopkins and Harvard. That's pretty special to me. Doing design work for Spy Kids 2 was a kick, as well as doing art for Star Wars and getting to go to Skywalker Ranch. I never wanted to leave that place. 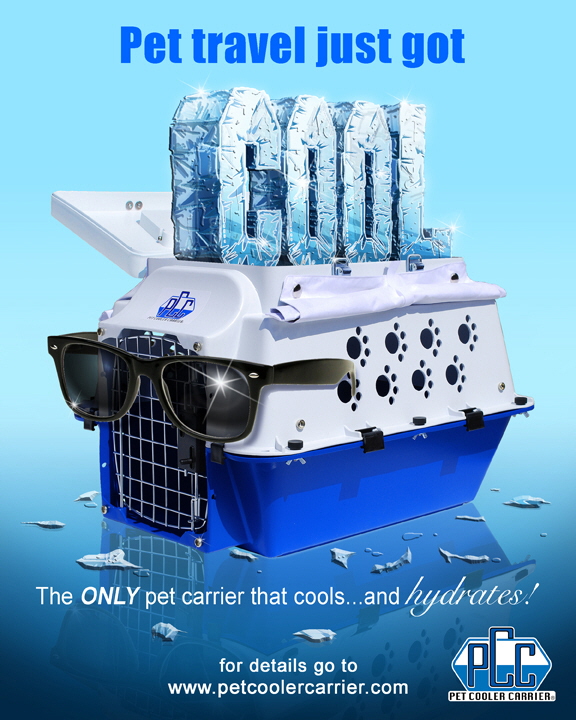 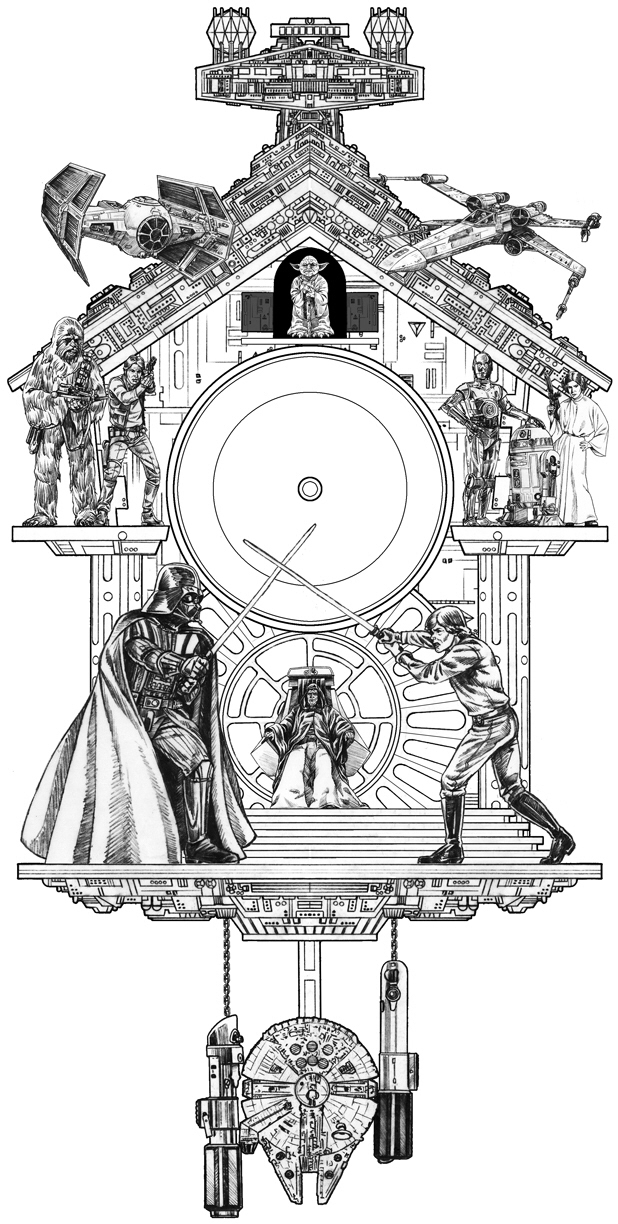 Digitally, I only use Photoshop. Years ago I used Illustrator too, but I haven't for quite a while. I know I'll get stoned for this, but I still use a mouse. Traditionally, I use pencils (graphite and Prismacolor), inks, acrylics, oils, and whatever else does the trick. I like experimenting with different techniques and mediums for different effects. 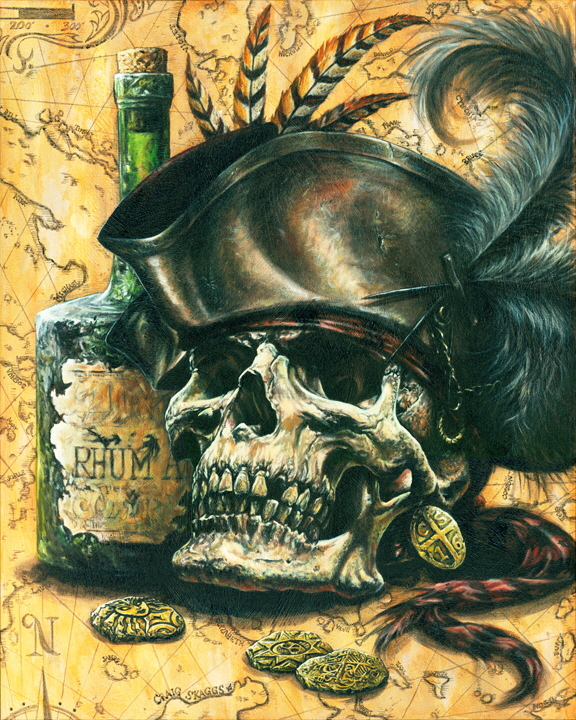 Do you have a ritual for getting in work mode (music you listen to, certain exercise, food you eat) aka a productivity tip?

Not really. Sometimes I listen to music, comedy, TED Talks, etc., but more often I just like quiet. A lot of the medical work I do requires intense concentration, so any noise can get distracting. I will admit though that when I'm working on something "cutesy" - fairies, Disney, doll houses, etc. - I tend to counteract it with hard rock. Same goes for when I'm designing some horror piece, I tend to listen to classical. There just seems to be a balance there somehow. I think I do it more for an inside joke than anything else. Honestly though, getting into work mode for me is just walking down my stairs to my studio. This is and always has been a business first. It's my job to be "on" all the time. 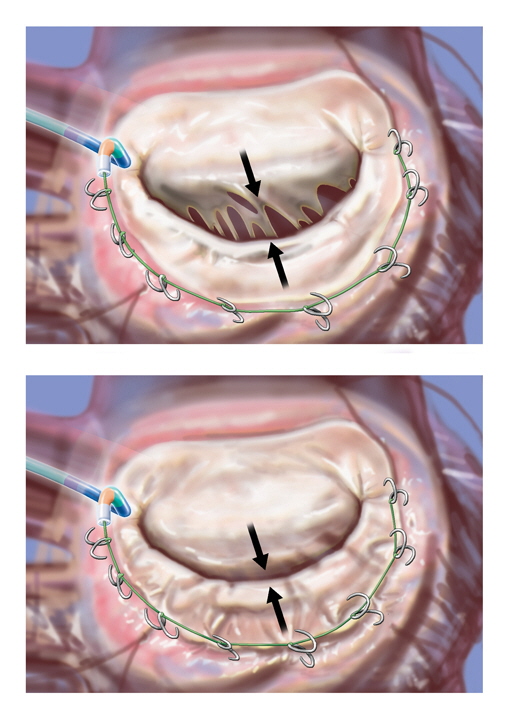 I just started doing comic and sci-fi conventions last year. I was feeling like I was in a creative rut with all the clinical medical work, and a friend of mine suggested I get back into doing traditional art and go to some cons. I'm glad he did too, because I'm really starting to enjoy doing them. Big crowds are a bit out of my comfort zone, but having so many people truly appreciate your work to such a high level is quite a thrill. I've also been a weight lifter for the past 33 years. It actually helps with the creative process too. 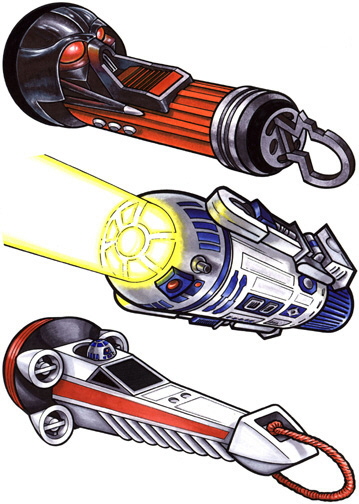 Do you have any tips for getting the most out of your Coroflot portfolio?

Use whatever's available to direct people to your page. Keep refreshing your images (something I should do way more often). I'm sure I could learn a lot from others about how to get the most out of my page. I just want to add that I'd be happy to answer any questions people might have about design, illustration, medical art, painting, etc. I'm also available for panel discussions, conventions, and any commission work.

Want to see more of Craig's work? Check out his Coroflot portfolio! You can also visit him on Facebook!