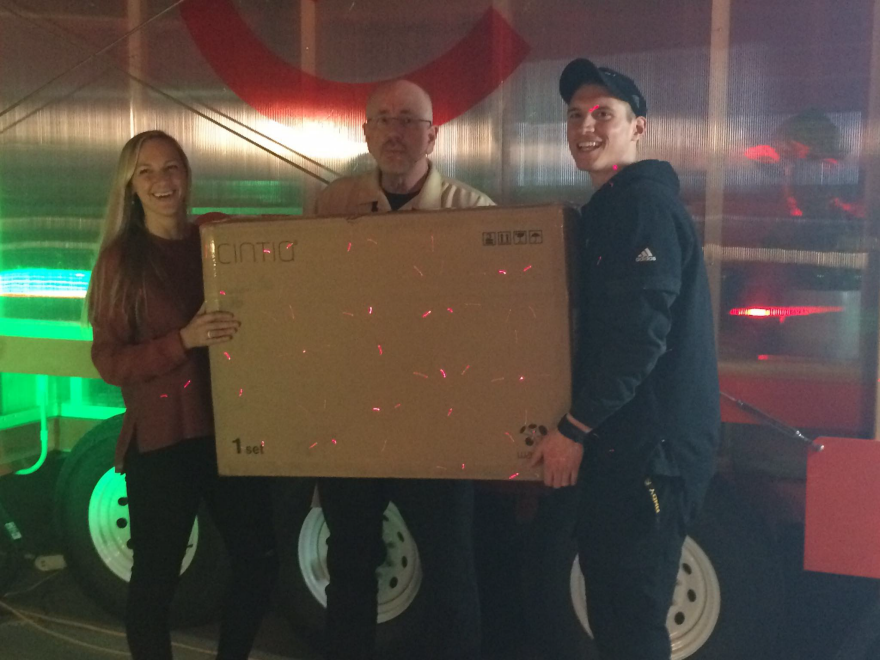 Exactly one month ago today we held our first ever Sketch Jam at Hand-Eye Supply in Portland, OR during Design Week Portland. We think the event lived up to our expectations as being the most high-concept, highflying, and downright fun sketching competition we've ever seen. Sixteen competitors, five judges, and four rounds meant lots of seriously cool sketching happening.

Read a full RECAP or watch this quick video:

So who took home the gold aka the Wacom Cintiq 27? That was none other than Portland-based designer Nick Daiber. Daiber held strong in each of the four rounds, and when he faced off against Sean Nemoto in the final "go-to" round, his futuristic spacesuit concept wowed the judges. It should come as little surprise that this ambitious young fellow is currently a footwear designer at Adidas. Now that the dust has settled and he's had some time to catch his breath, we asked Nick to reflect on his experience competing in and ultimately winning Sketch Jam.

Can you talk a little bit about your background - how did you get into design and what role do you currently have in your design career?

Growing up, I was super passionate about sports, and basketball was my first love. With that, I was an absolute nerd for athletic footwear and equipment. At the same time I had a creative side and was always sketching. I remember in the 4th grade really wanting a pair of shoes, but my pops didn't see the need so I sketched them in hopes to change his mind. It didn't work, but then I sketched it again, this time switching it up to create a new design. From there I never stopped sketching shoes as it combined my passions. In high school I was fortunate enough to win a footwear design contest. That gave me the confidence to really pursue design as a career. I then had the opportunity to be a part of the first Adidas Pensole class. From there Adidas brought me on as an intern. Now I am living the dream as a basketball footwear designer for adidas!

What was it like sketching in a competitive setting? Did you feel any pressure?

I love competition so it was a ton of fun! I had competed in a few sketch battles before this so it wasn't completely foreign. At first it's a bit odd sketching in front of a crowd but the pressure gets the adrenalin pumping and it starts to feel familiar as if I were competing in a basketball game.

The final round challenge was to draw your "go-to". What is your "go-to" and how did you know that would impress the judges?

Well, at this point you might have guessed shoes. I knew that there were some shoe designers on the judge's panel. So, I didn't want to just sketch a shoe because experts can be hard to impress. I am also into futurism and began to think farther out about a space suit for when humans go to Mars. Of course, no space suit is complete without a pair of sick space boots! 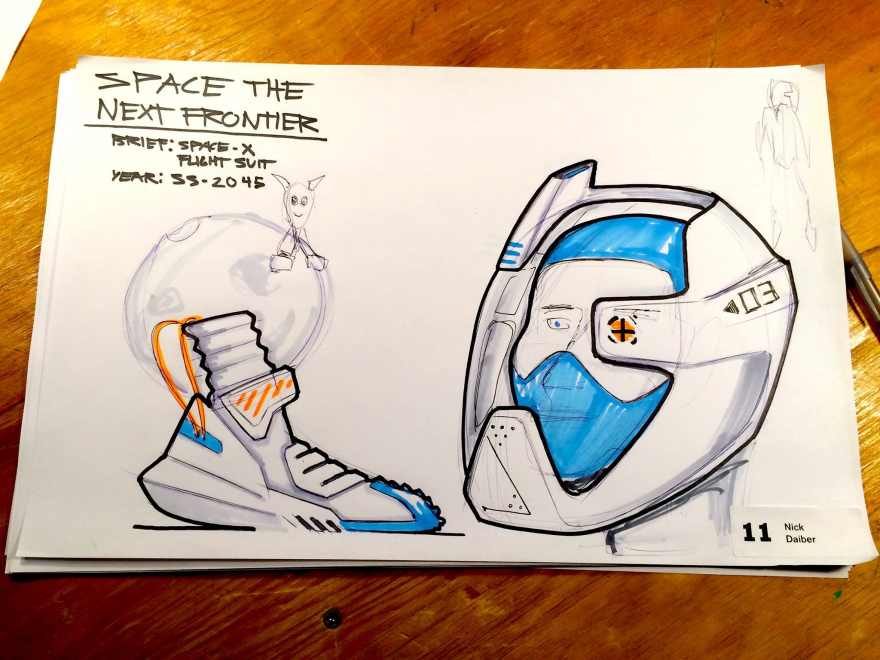 Out of all of the rounds, which one was your favorite and which one did you feel the most nervous about going into?

The first round is where I was the most nervous because I was still getting into the zone. I felt like I really botched the first round and didn't know if I was going to advance. The second round was the most fun. I was loosened up and the theme was just really bizarre and allowed for the abstract. There just really isn't any logical use for a spatula in a volcano.

Have you used your new Wacom Cintiq 27 yet?

Oh yeah it's dope, incredibly thankful for the prize from Wacom! I was telling my friend who was also in the contest that I really just wanted to win for the pure satisfaction of it, but this prize is too good to give up.

Do you have any advice for people looking for pursue a career in design?

Stay hungry. Closed mouths don't get fed. So, if you see someone that is in the position you want to be in don't be afraid to reach out for guidance. Odds are someone helped them get to where they are and will be happy to pass knowledge along. Just make sure you are ready to put in the work to apply that knowledge.