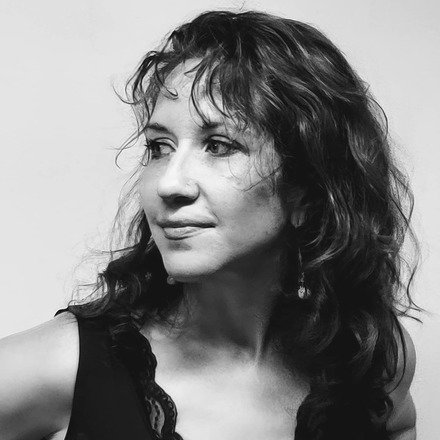 Erica Harney (b. New York, 1984) is a fine artist, curator, scenic painter and educator based in Philadelphia. She holds a BFA in Drawing and Painting from Alfred University, Magna Cum Laude (2006) and an MFA in Drawing and Painting from the Pennsylvania State University (2010). She has also studied at the Santa Reparata International School of Art in Florence, Italy. The artist the recipient of numerous awards, including a Graham Endowed Fellowship, a Daniel J. Murphy II Award for Creativity, a Christos N. Apostle Grant, a microgrant from Blick Art Supplies. She has been an artist-in-residence at ArtScape in Toronto, Weir Farm Art Center in Connecticut, the Palazzo Rinaldi Artists’ Residence in Italy, and has had two partial fellowships at the Vermont Studio Center in Johnson, VT. Harney’s work has been exhibited widely in galleries at the local, national, and international level since 2006. In recent years, the artist’s focus has expanded to include several large public commissions for institutions such as the Fulton-Montgomery Community College, Penn State Hershey College of Medicine, The Bancroft School and the 3M Corporation as well as a continuous stream of private commissions. She specializes in paintings of space, such as landscapes, scenery and architectural portraits. In 2018 Harney joined the faculty at Alvernia University’s Philadelphia Center and has also held teaching positions Cecil College in North East, MD, the Pennsylvania State University in University Park, PA as well as Philadelphia-area art centers. She has curated group exhibitions at Penn State, Iona College (New Rochelle, NY) and throughout the Philadelphia region. In 2019 she organized a group exhibition to benefit The Philly Kitty Rescue and in 2011 she organized a solo exhibition at the Greenpoint Gallery in Brooklyn to benefit the Killian Mansfield Foundation. The artist frequently donates her work, talent and services to various non-profit organizations and in 2020 was appointed to the Lansdowne Arts Board in Lansdowne, PA. She is also a member of InLiquid Art+Design in Philadelphia. Erica Harney has worked collaboratively with visual artists, musicians, writers, and choreographers on a wide range of creative projects. She is affiliated with the Philadelphia Mural Arts Program and has worked as a muralist and restoration artist in and around Philadelphia. Most significantly, Harney works professionally as a scenic painter for theatre, ballet, opera, television and museums. Notable production partners include Opera Philadelphia, Opera Delaware and First State Ballet (both in Wilmington, DE), the Fulton Theatre in Lancaster, PA and most recently, HBO. It is her scenic and mural work that most directly inspires and influences her current studio practice. Since 2016, Harney’s studio has been located in Lansdowne, PA, on the border of West Philadelphia. In her free time, she enjoys painting watercolors which she sells on Etsy.