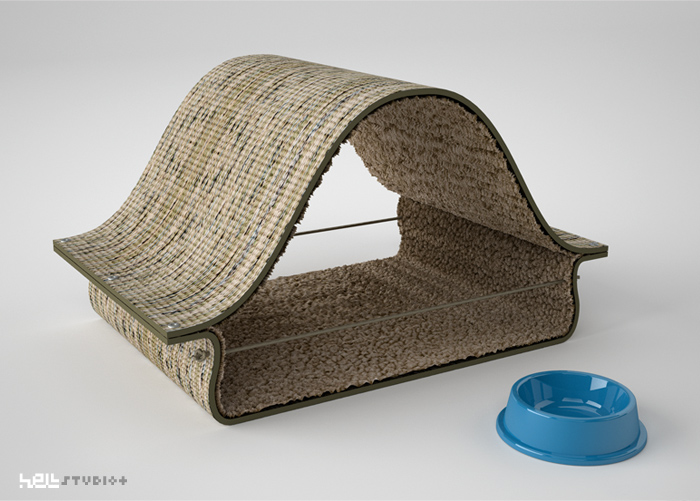 How to build it:

2)Use the rivets to unite both carpet pieces.

3)Make two open holes in each end of the bottom carpet piece, slightly distant from the rivets.

4)Pass a thin sisal rope through the holes, making a strong knot at each of the loose ends.

5)You can create a nice and cosy environment for your pet adding a small blanket inside. 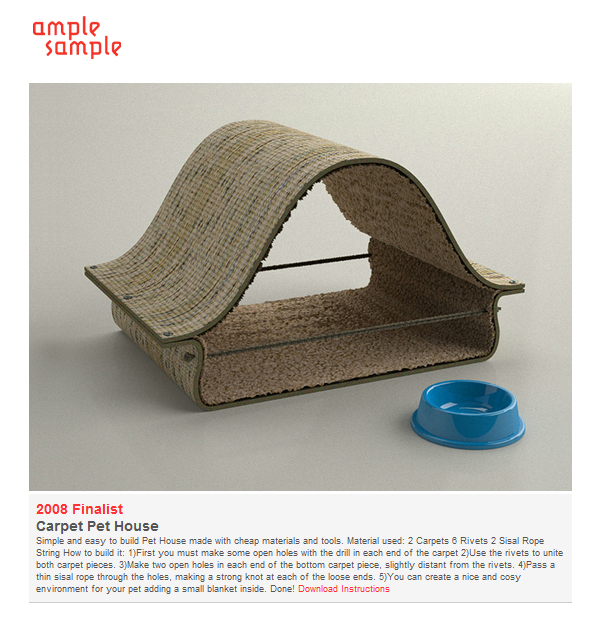 Rethink that stack of carpet samples in your resource library. Enter Ample Sample and create a design idea that will transform samples into a fixture, a piece of furniture, or any interior product you dream up! Once carpet samples have served their purpose - helping you make specification choices - don't let them be destined for the dumpster. Rethink. Reuse. Upcycle. 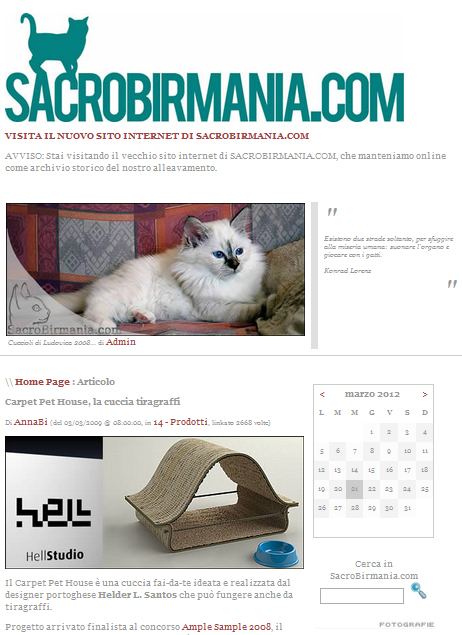