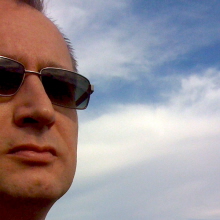 I always had a passion for design and architecture and a deep appreciation of the vision of Walt Disney, to combine design with storytelling, the foundation of experience- and experiential-design. In 1999 I was hired by the Cincinnati based design company Jack Rouse Associates as a designer on the Volkswagen Autostadt Project in Wolfsburg, Germany and moved to the United States. During my time at JRA, I successfully worked on major national and international projects, such as ZDF Medienpark, Germany, HarborLand Theme Park, China, the Singapore Science Center, Cirque du Soleil’s Complex Cirque and the new World Of Coca-Cola, Atlanta. Most recently I worked as lead attraction designer and design director on Ferrari World Theme Park, Abu Dhabi. Here I was responsible for the complete design and supervision of the park’s four dark rides from concept through scenic detail design and media post production: “Speed of Magic”: A 3D motion dark ride into a kid's Ferrari Fantasy; “Made in Maranello”: Experience the birth of the Ferrari 599, from concept to first test drive; “The Racing Legends”: A ride through Ferrari’s greatest racing moments; “V12”: A dark flume ride through the heart of a 12-cyclinder engine. I offer a unique design and illustration style, conceptualizing skills and attention to detail and have the demonstrated ability to creatively direct diverse talents in the creation of engaging, highly successful attractions and experiences. Designed, planned and creatively directed national and international entertainment-, corporate- and edutainment projects such as theme parks, attractions, rides, urban entertainment centers, visitor centers, themed/branded environments, zoos, museums and trade shows from blue-sky/proposal/concept- through schematic, detail and construction design phases. Leveraged multidisciplinary design tasks involving exhibit/attraction design, graphic design, storyboarding, illustration, architectural-/interior design, urban planning/area development and multi-media as well as the creative direction of diverse teams in the creation of engaging and highly successful attractions and guest experiences for some of the world’s greatest brands.