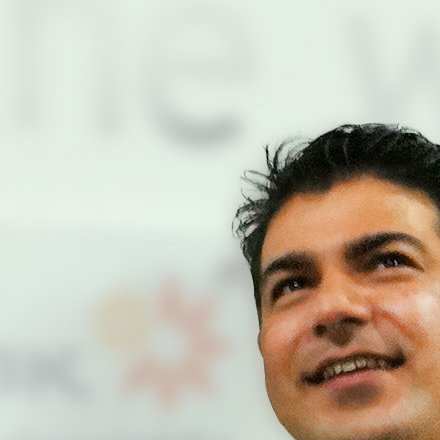 Sandeep Ahlawat, creative manager at 'Hey! Bahrain' Creative Lab, has previously worked with various international brands including Young and Rubicam Advertising before coming with Seven Brands in Bahrain. Sandeep has an experienced and energetic creative & strategic team of professionals working in advertising, editorial and information technology. In Bahrain, he has collective more than 10.5 years of experience in handlings various advertising campaigns, which includes clients, like Zain Telecom, Batelco Telecommunication, The Avenues-Bahrain, Shop Bahrain, Ooredoo Oman, Zain Group Kuwait, Four Seasons Hotel Bahrain, Hotel Sofitel Bahrain, Jenan-Saudi Arabia, Bahrain General Organisation of Sea Ports (GOP), IMC-Oman. While working within the advertising arena in Bahrain Sandeep developed and executed creatives for banking giants like Standard Chartered, BBK, CrediMax, GIB and AUB. Alongside he has developed design proposals; and managed the delivery of integrated campaigns for international car brands like GMC, Cadillac, Chevrolet, Honda, Infiniti and Nissan. Whereas, in India, Sandeep earned an experience working with software pioneer like Quark and RedAlkemi along with The Indian Express as an editorial team lead. Sandeep possesses Masters in History of Arts along with bachelors in applied Arts from Panjab University India and he likes to work on social causes for Women empowerment, which includes offering voluntary design services to “WomenWin” global girls’ empowerment program, Netherland and GirlUp (LiveItUp) women empowerment program. In 2015, the multifaceted Sandeep was chosen as a guest speaker for Behance Portfolio Review, Bahrain. Despite being an amateur in the vast field like photography, Sandeep’s creative vision of noticing and capturing unusual, earned him an International Award with Emirates Airways in 2013. Besides this, one of his photographs is included in a book, published under the title: “100 Photos from my Country” and acknowledged from Information Affairs Authority (IAA) Bahrain in 2014. Coming from the land with diverse cultures and cuisines, Sandeep also has a keen interest in cooking. It is this skill, which placed him among the top chefs of Bahrain during a cookery competition in 2013, hosted by Kempinski Grand and Ixir Hotel and he was recognised one of the top chefs among three of the most creative applicants. Sandeep believes that “good design can attract, but a great idea can change minds”. So let's join hands and inspire the world with creativity.