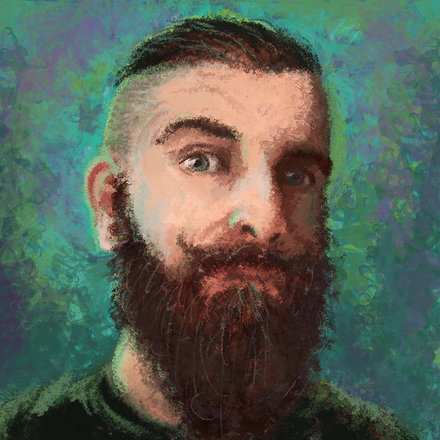 A self-taught illustrator, multidisciplinary graphic designer, owner of an advertising agency. From the early years interested in creative work, began as a freelancer under several pseudonyms. In later years he cooperated with publishing houses, printers and agencies. Has extensive knowledge in the field of advertising, design, and printing. He was educated at several universities but abandoned his academic career in developing his passion and drawing skills. His interests were always people, their beliefs, mythologies, mutual relations and philosophy. After a long period of work as a graphic designer and developing his agency career, he returned to drawing and painting. In his works, despite the use of digital techniques, he tries to reflect the raw and expressive character of traditional media.