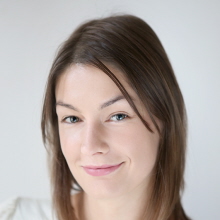 I was born on the 6th September in Bialystok in Poland, the capital of the Podlasie region. I spent my childhood there, where I also graduated high school. From October 2004 I moved to Poznań, where I graduated with my master degree in interior design and painting at the Academy of Fine Arts. From October 2008 to February 2009 I held an Erasmus scholarship at the Faculty of Arts at the University of Granada, Spain. From 2010 to 2013 I studied in Vienna at the Academy of Fine Arts at the Faculty of Sculpture. Currently I live and run my studio in Warsaw. In 2009 I received a grant from the Polish Ministry of Culture and National Heritage for the project “Dating Game”. Two years later I received the scholarship “Young Artists” from the mayor of Bialystok for the project “Sacred and Profaned Love” which was inspired by Jerzy Nowosielski’s art. The Ministry of Culture and National Heritage awarded me with the year-long Arts Scholarship in the 2011/2012 academic year. In my works I deal with the creative understanding and shaping of space. I investigate, if what connects our imagination and our memory can be called space. I answer the question about the physical frames of space, which is for me a place limited by some borders as well as a void on the horizon. Impression of the modern digital landscape and the relationship man - environment are the main fields of my interests. I think my projects are a remedy for the loss of outlook and loss of the reference point in contemporary locative landscape. The virtual picture of my universe I shape mainly using architecture, which is a special type of the memory of loci. The trip through its microcosm allows me to define my relationship with the world and its condition.

X 2011 - VI 2012 Artistic Scholarship from the Minister of Culture and National Heritage in Poland XI 2011 Artistic Scholarship from the President of Białystok for the projects “Sacred and Profane Love” created on the base of the painting “Battle of Addis Abeba” made by polish painter Jerzy Nowosielski; Ludwik Zamenhof Culture Centre in Białystok XII 2010 2nd Price in architectural competition “Re - Vita Wielkopolsko” - revitalisation of postindustrial buildings 2008 Prima Inter Pares Price

2007 - 2009 President of the Students' Union at the Academy of Fine Arts in Poznań; from 2007 Brig Brotherhood Warsaw https://www.facebook.com/rejsarchitektow